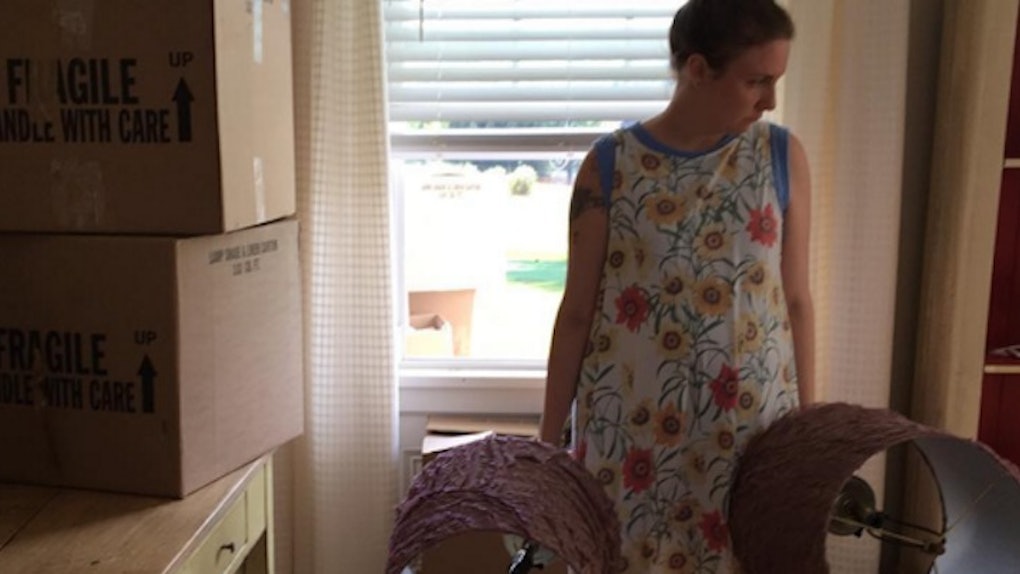 The HBO series "Girls" has been monumental for Millennials, and we're not ready to say goodbye to the chaotic life of Hannah Horvath we've all been vicariously living through since 2012.

Luckily, we don't need to cut the chord just yet because the final season doesn't air until January 2017. PHEW.

While I'm already aware I'll be an emotional wreck during this finale, Lena Dunham and other actors on the show already kissed the series goodbye.

Our hearts were basically ripped out of our chests when our favorite writer and actress posted a photo on Instagram of one of her last days on set.

In the caption, she wrote,

Today on set I said the words 'I've got my fake nipples on and I'm ready to party!' Gonna miss this job... #goodbyegirls #endofGIRLS #seriesfinale

Lena Dunham wasn't the only actress on the show who got a little emotional during the last few weeks of filming, though.

She doesn't "want to go back to dancing on her own."

I can't handle this. I feel like I'm breaking up with my own best friends.

Lena, start writing your next series. We'll be patiently waiting.