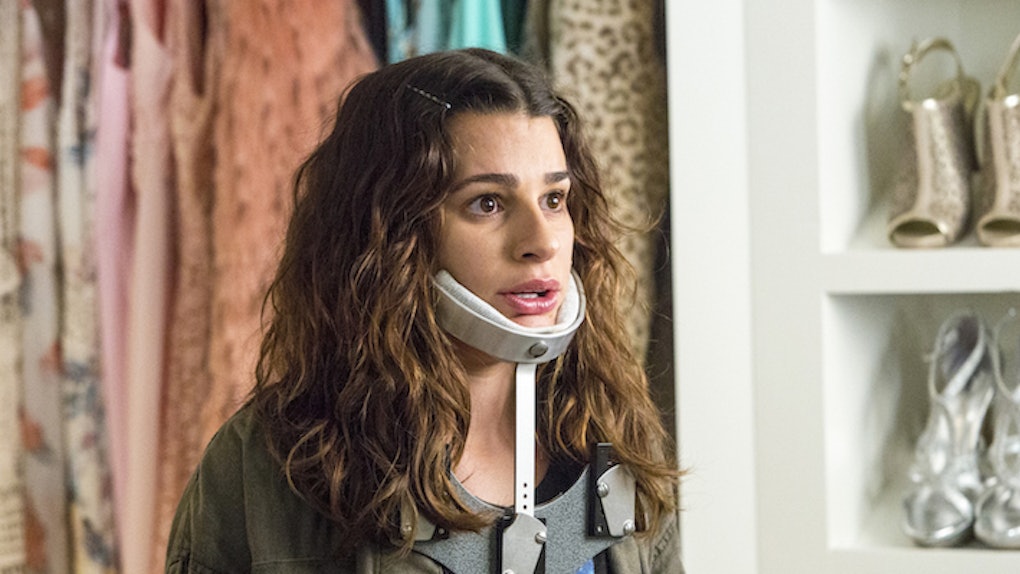 Just because you're an actor on a horror television series, doesn't necessarily mean you're the bravest of the bunch.

Lea Michele, who is reprising her role as Hester Ulrich (or Chanel #6) for the second season of "Scream Queens," is joined by her smokin' hot new castmates, John Stamos and Taylor Lautner, to tell the world what really scares them.

Stamos and Lautner joined the cast as doctors for the second season of the popular FOX series.

So what scares the "Scream Queens" cast?

My old apartment in New York was a brownstone and it was haunted. I would hear women singing a lot. I'd be downstairs and the windows would slam shut and I found out it used to be a nunnery in the early 1900's. I moved out so fast, let me tell you. I was out of there!

I was in Santa Fe and my house was infested with mice and I'm terrified of mice and snakes and I would just wake up every single morning.

That princess wouldn't last a week in NYC.

This is where Lea comes in with advice for the "Screams Queens" newbie. He obviously needs it.

And what about John Stamos?

I got divorced. That was scary.

But on the real, the scariest thing on this list would be getting divorced from John Stamos. I mean, look at him.

I wouldn't mind going for a checkup every week if he was my doctor. He can do my physical anytime.

Watch the full video here. And make sure to watch "Scream Queens" every Tuesday on FOX.