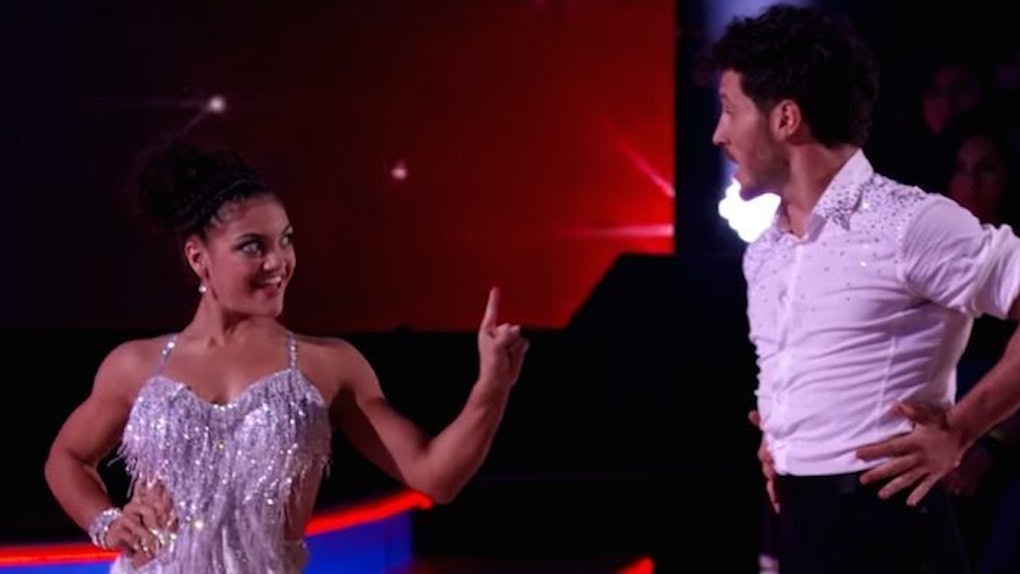 As expected, Laurie Hernandez is already dominating season 23 of “Dancing with the Stars” in all her Baby Houseman glory.

The US Women's gymnastics gold medalist and her partner, Val Chmerkovskiy, cha cha'd to Bonnie Mckee's “American Girl” and nailed it like the two dance champs they will soon become.

At just 16 years old, Laurie Hernandez has already dominated both the worlds of Olympic gymnastics and ~shimmying~.

During the show, Val admitted he felt intimidated to work with the star athlete.

My initial thought was, 'Wow, that is Laurie from the Olympics.' I'm a huge fan. I just watched her compete... Having been entrusted with such incredible talent like Laurie, I feel a lot of pressure... because I have an American treasure in my hands.

Val had better not let the stress get to his head, though.

There's a mirrorball trophy on the line that'd look great on display next to Laur's silver and gold medals.

Win or lose, Laurie's just here to have a bitchin' time.

I wanna go out there and I wanna have fun and enjoy myself... I also wanna win the mirrorball, so.

YASSSSSSSSSS!!! THERE'S THAT THIRST FOR VICTORY.