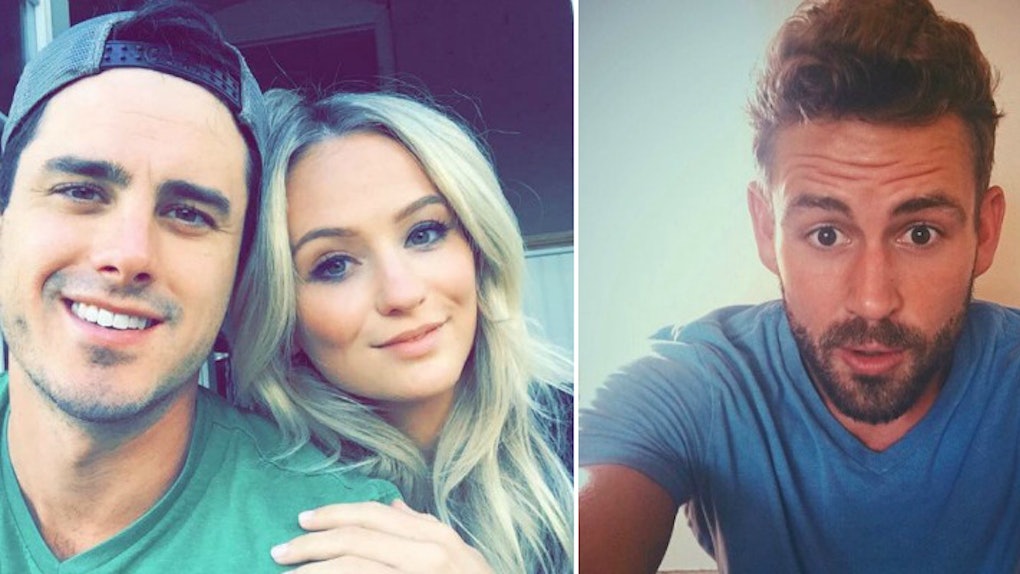 At the end of season 20 of ABC's "The Bachelor," Ben Higgins and Lauren Bushnell found love. By the looks of things, it appears their relationship is going about as well as Bachelor Nation could've hoped for.

However, whether you can believe it or not, it appears Lauren Bushnell has been dealing with the issue of body shaming for quite some time.

This past weekend, Bushnell and Higgins were present at the iHeartRadio Music Festival at the T-Mobile Arena in Las Vegas, Nevada, where the pair spoke on the issues of body shaming and online trolls in general.

It is hard because you start to question yourself, but I think for me, I've really tried to accept who I am and honestly accept that you can't change that. We're very busy, so I'm not going to spend free time that I have trying to change the person I was made to be.

The most recent "Bachelor," Ben Higgins, also opened up about living life and trying to ignore the haters, saying,

The moment that really sticks out to me is when we were sitting on the couch one day and she was reading through some of the stuff, and she was like, 'You know, I'm a confident, independent woman who is in love with somebody. What do the people out there, the middle schoolers, the high schoolers, how do they feel about themselves when they hear this when they feel alone?'

Apparently, Ben Higgins also opened up about recently hanging out with the next "Bachelor," Nick Viall, and revealed some of the advice he gave him about finding love, saying,

For Lauren and I, we're in love and we've made this work, but it hasn't always been easy. We don't want to hide that, but it's been really good. My advice to Nick was, 'You can come out of this with a very serious relationship, but before you do, make sure it's someone you want to commit to.' 'Make sure it's someone you want to pursue, that you wanna work through all this with, because if not, it can get hard.'

If Nick Viall wants to find love, I strongly suggest he listen to his "Bachelor" predecessor, Ben Higgins.