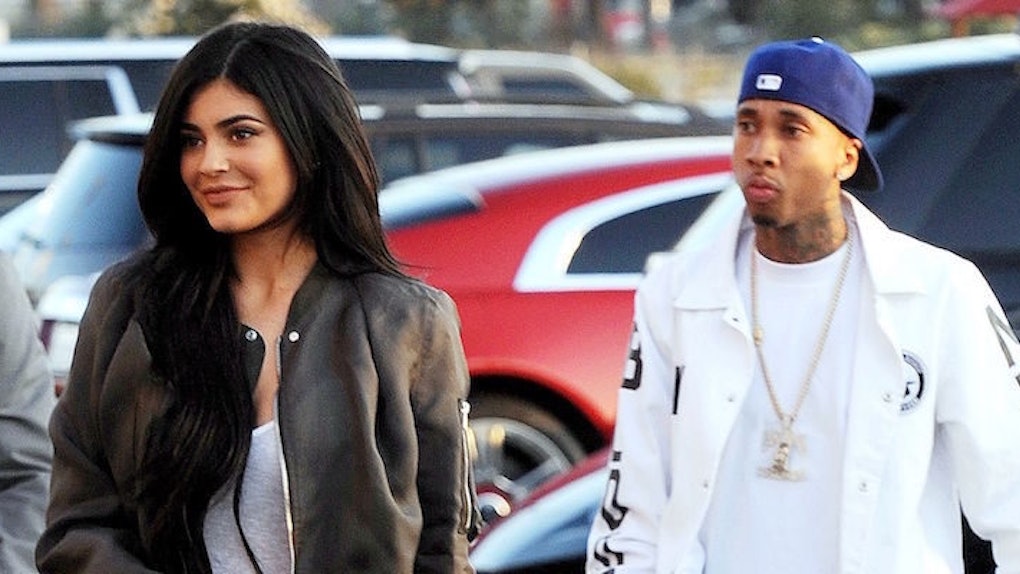 Last-minute vacations for us normal humans means a trunk full of beer and maybe a tent.

But for Kylie Jenner and Tyga, it means a private jet and Las Vegas.

Yep, the couple continued their ongoing romance by flying out to the bright lights over the weekend.

But, Kylie and Tyga weren't alone. The two brought a tiny passenger along with them.

That's right, King Cairo, Tyga's son with Blac Chyna, crashed the couple's getaway, and did so in STYLE. Check out this guy's fire outfit --  he's upstaging his dad and Kylie in that red and white combo.

But, his presence didn't stop them from sharing some major PDA.

Chill out, guys -- there's a child on board.

Meanwhile, back home, King's mom Blac Chyna revealed she's lost seven pounds even though she's got a kid growing inside of her.

Chyna, who is having a baby with Rob Kardashian, posted a picture on Snapchat with the caption,

According to PEOPLE, last week, Blac Chyna said she weighed 183 pounds, which would mean she dropped the weight in around seven days.

She's been charting her fluctuating weight since the early stages of her pregnancy.

Eight weeks ago, she posted a photo on Instagram showing her weight at a little over 170 pounds.