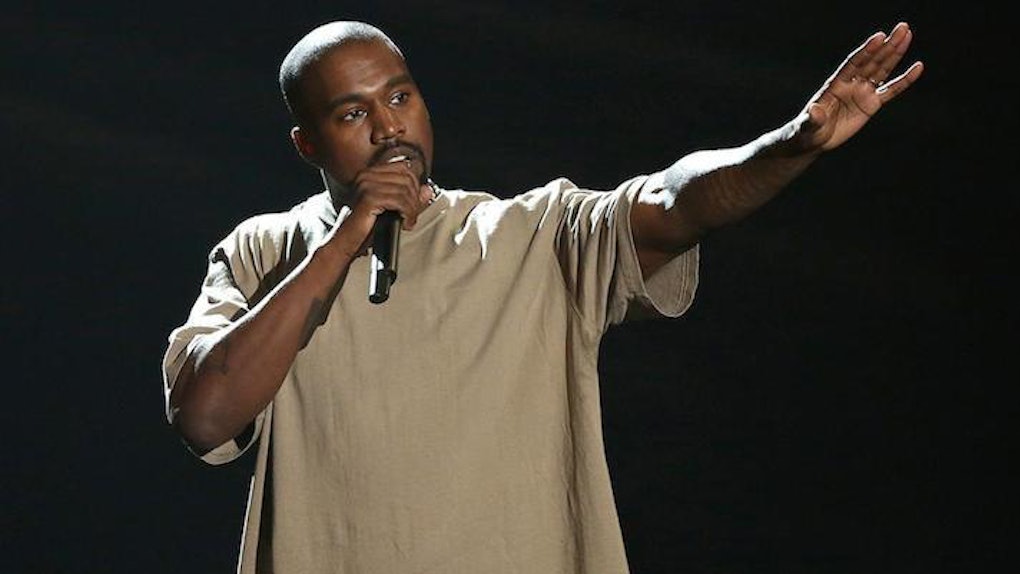 Kanye West has the handwriting ability of a preschooler trying to sign his or her name in the middle of an earthquake.

After what seems like 45 years of waiting and teasing, Kanye will finally be releasing his new album, Swish, on February 11. We've already gotten a small look into the Yeezus' seventh album with his pre-released songs, but now we are getting even more information as to what the release will have in store, thanks to a tweet posted early this morning.

'Ye uploaded a picture of a handwritten tracklist on Monday, and it features a cameo by Kylie on the bottom.

I'm just going to say what we're all thinking: Kanye has terrible handwriting. It honestly looks like he got bored spelling out the second track halfway through and then just started moving the marker on the paper in random directions until he thought the word would look done.

Mashable thinks the tracklist says the following, but honestly who really knows?

Kylie's handwriting isn't THAT great either, to be honest, but at least hers doesn't look like drawn out mumbles.

Luckily, Kanye can make music just as well as he makes the word "wolves" look like "wo lubsz" when given paper and pen, so I'm sure this album is going to be great.

Citations: Kanye West reveals tracklist for Swish and calls it the best album of all time (Mashable)