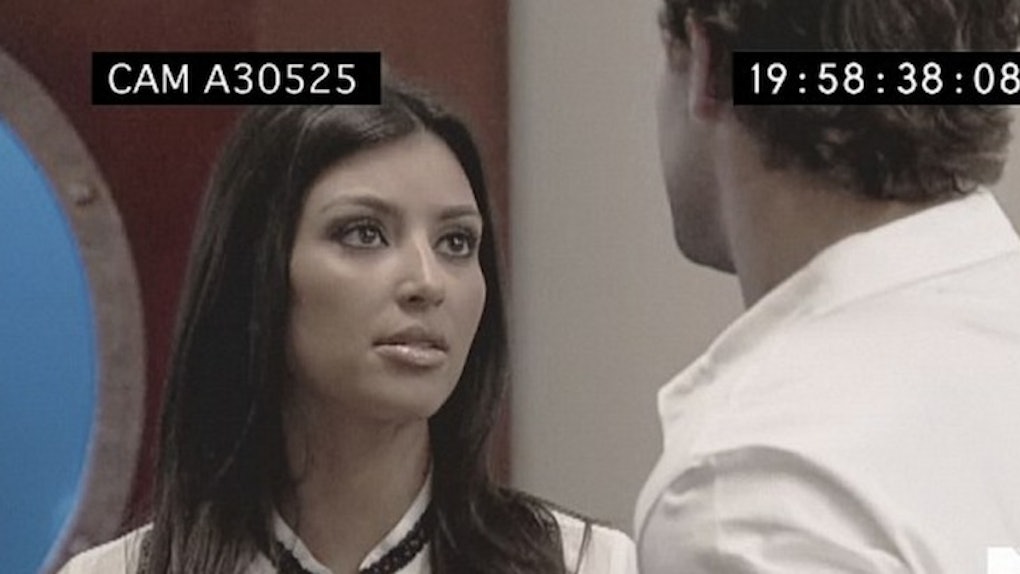 Kim Kardashian is the most famous reality TV star in the world -- but back in the day she couldn't even make the cut for "The Hills."

Producers unearthed scenes of a 25-year-old Kim at a party at Heidi Montag's apartment for a special show marking its tenth anniversary.

Kim then asks what's in the fish tank, to which Heidi responds, "These are our jellyfish. We're the only people in America to have jellyfish."

Kim replies, "This is really cool, no way."

Despite the enthralling conversation, the scene never got aired.

Kim, whose step brother, Brody Jenner, was the main "The Hills" heartthrob, regularly hung out in the same circles as Lauren Conrad, Heidi Montag, Audrina Patridge and the rest of the cast, but was never picked as a character for future roles.

But it shows just how fame-hungry Kimmy was from a young age.

Just a year later, in 2007, Kim's sex tape with Ray J was leaked and that sparked her rise to fame.

Now she has a reality show of her own and people literally can't get enough of her life.

But now that we've seen it, we'll never forget that time Kim tried -- and failed -- to mingle with Heidi and her pet jellyfish for 15 minutes of fame.