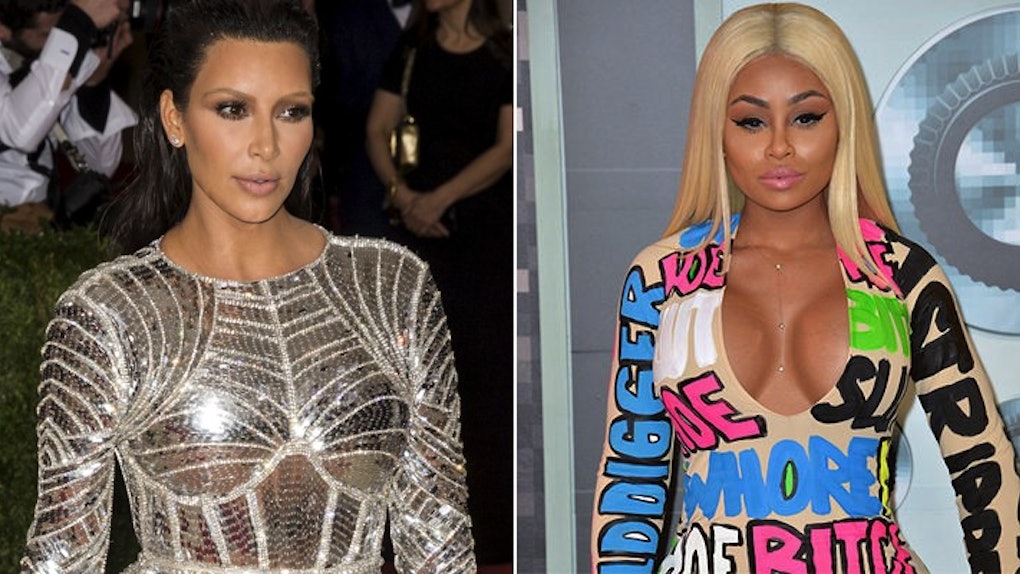 It's been nearly two months since Rob Kardashian and Blac Chyna announced their engagement. That was more than enough time for Kim Kardashian to really get her thoughts together on her little bro's fiancée.

It turns out Kim had nothing but nice things to say about Ms. Chyna. In a recent interview with GQ, Kim reveals,

Chyna's a sweet girl, and I think we all have so many things going on in our lives that we just want my brother to be happy.

How sweet! Not to mention, when you have your own emoji keyboard, a 12-season reality TV series, a 3-year-old daughter, a newborn son and Kanye West for a husband, there's very little time left in your day to debate who your brother should invest in.

At this point, she just wants to see her brother happy and healthy. Who would argue with that?!

We definitely see that my brother is happy and getting healthy, and whatever gets him to that place, you know, we're happy for him. Chyna's a sweet girl, and I think we all have so many things going on in our lives that we just want my brother to be happy.

Kim went on to explain how the drama that comes with the Kardashian name is basically unavoidable,

I think people want to feel like we're all beefing and have this crazy fight, and we're really not. I think the drama naturally follows us.

So, there you have it, guys. No, Kim doesn't hate Blac Chyna. And yes, she totally understands that the situation was a bit strange in the beginning.

But the fact of the matter is, she considers Chyna a "sweet girl" and there is zero beef.

Now, is she the perfect match for Rob? Time will certainly tell. But if Chyna filing a word mark (similar to filing a trademark) for the phrase "Angela Renee Kardashian" isn't a clear indication that she's here to stay, I'm not sure what is!