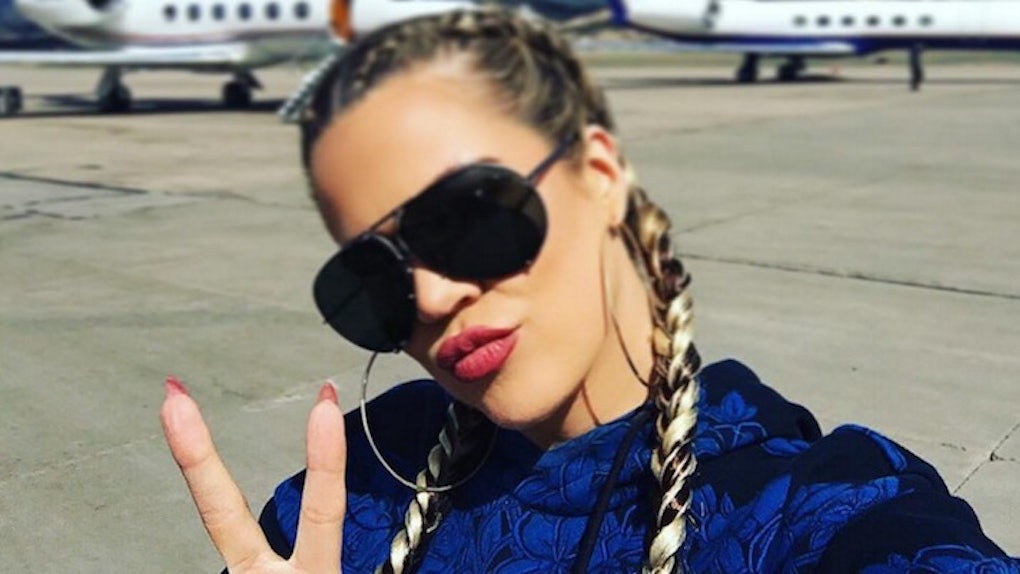 Dating is ridiculously hard when you're a Kardashian. A lot of that has to do with the paparazzi following your every move making it impossible to coyly court someone you're crushing on.

Can you imagine trying to be all cute and subtly flirty when you have TMZ following everything you do? Most of us don't succeed at flirting through a Bumble messenger in the privacy of our own bathrooms, let alone having to worry about paparazzi outside of our windows and the prospect of another celebrity phone hacking scandal.

Plus, the media always seems to bring the hammer down on women who are serial daters more than men, which I thought we all agreed to stop doing after Christina Aguilera's “Can't Hold us Down.”

Khloé Kardashian has experienced her fair share of dating rumors over the years, most recently involving a possible relationship between her and Trey Songz  after the two were spotted getting all sorts of back rub-y at her 32nd birthday.

Khloé spoke out about the double standards celebrities in her position face when it comes to dating rumors on her website, telling her fans,

The most annoying thing about tabloid rumors is the double standard. If I'm 'spotted' hanging with a guy at a party—even if I'm just saying hi for a quick second—it immediately becomes a negative headline about how many guys I'm dating or how I'm getting into a new relationship. Men don't get that reputation! They get a pat on the back. People have taken pictures of me and say they're proof of something concrete. Pictures are just moments in time. They never show the whole truth. In Hollywood, you could go out on a first date and it could spiral into this huge thing. The headline the next day is "Khloé's Getting Married!" LOL. It's so weird. That stuff definitely makes it difficult to take it slow and see how things go.

The struggle is real! She also talked about the understated issue she has where guys always assume she's in a relationship because of the amount of false "KHLOÉ IS DATING THIS GUY!" articles.

I normally don't comment on those stories, but if it gets out of control, I'll speak up — especially because that kind of gossip affects how people see me. A guy could assume I'm dating someone and not approach me, when I'm actually single. Sometimes I completely avoid going out in public with a new guy because I don't want to deal with the sexist headlines. Too much drama for me!