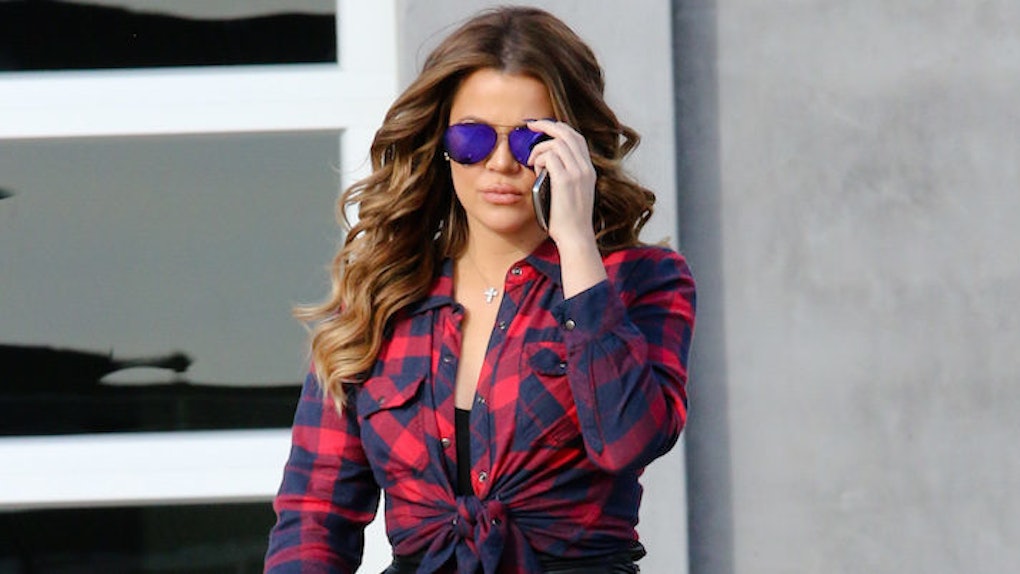 Khloé Kardashian Explains Why She Photoshopped This Pic On Her Instagram

The controversy started a few weeks ago when Khloé posted a work-out selfie to her Instagram showing off her ridiculous six-pack. The harmless picture caused a small uproar among followers who called out Kardashian for photoshopping her legs in the picture.

In case you missed the touchup, someone on Twitter posted a closeup of the spots she allegedly did some work on.

Khloé responded to the hate by posting the untouched picture to her Instagram with the caption,

If only hatin burned calories how dope yall would be. Too bad it doesn't. Here's the OG shot. The petty movement ain't cute. Oh and I almost forgot…. Namaste.

Booom. That sucker got a million likes and a billion mental standing ovations from everyone who follows Khloé on Instagram.

Today, Khloé shed a little more light on why she chose to photoshop her pictures, and the reason may surprise you.

Talking to fans from her website, Khloé said she photoshops her legs because of reconstructive surgery she got on her knees due to a car accident she was in when she was 16.

My right leg is an inch and a half thinner than my left because my mmuscles deteriorated and never recovered. It's funny because everyone made a big stink about this Instagram photo below because I photoshopped it. Yes, I did photoshop it, but I was trying to make my thinner leg look bigger to match my other leg!!! All I wanted are big, thick thighs and I hate how skinny my legs are.

I bet you feel like a REAL butthole now, everybody. Leave Khloé alone!

Citations: Why I photoshopped This Picture (Khloé With A K)