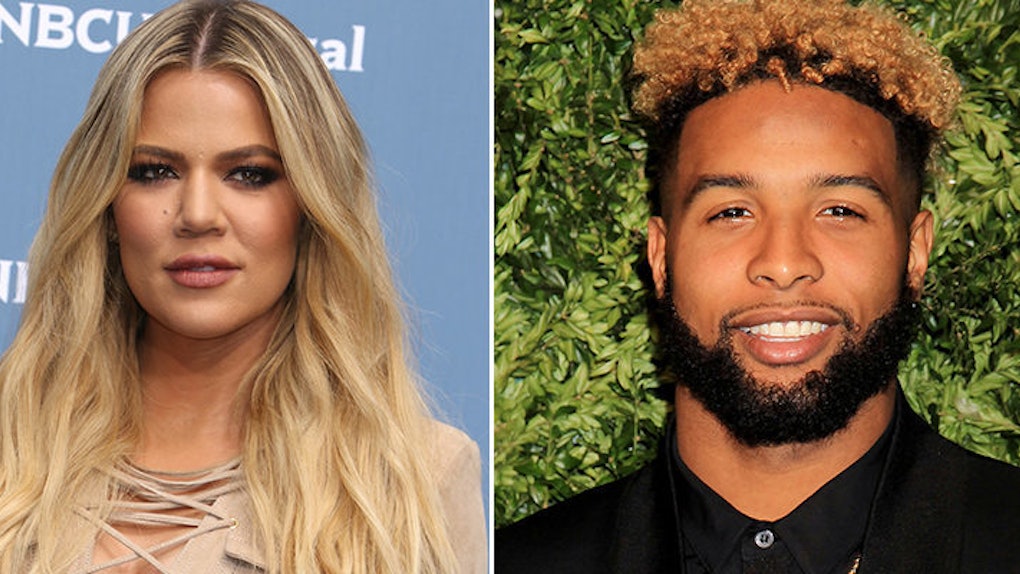 The pair was spotted at Drake's Memorial Day pool party together, and it looks like things got pretty hot between the two.

Shortly after, dating rumors began spreading about the couple. Is Odell officially Khloé's new man? Does this mean she's totally over Lamar? What really went down at this pool party?!

But now the "Keeping Up with the Kardashians" star is throwing major shade on Twitter, and it may have something to do with these rumors.

WHAT'S NOT THAT DEEP? Your relationship with Odell? TELL US MORE.

Khloé then tweeted out Kim Kardashian's new Kimoji of Kanye's angry face. She captioned it, "Mood."

It seems pretty clear Khloé's tweets are referencing the dating rumors, but of course, she could be pissed about something else. Like maybe her fridge is empty. That always pisses me off.

Hang in there, Khloé. I get it and I'm here for you.

So, what do you think?