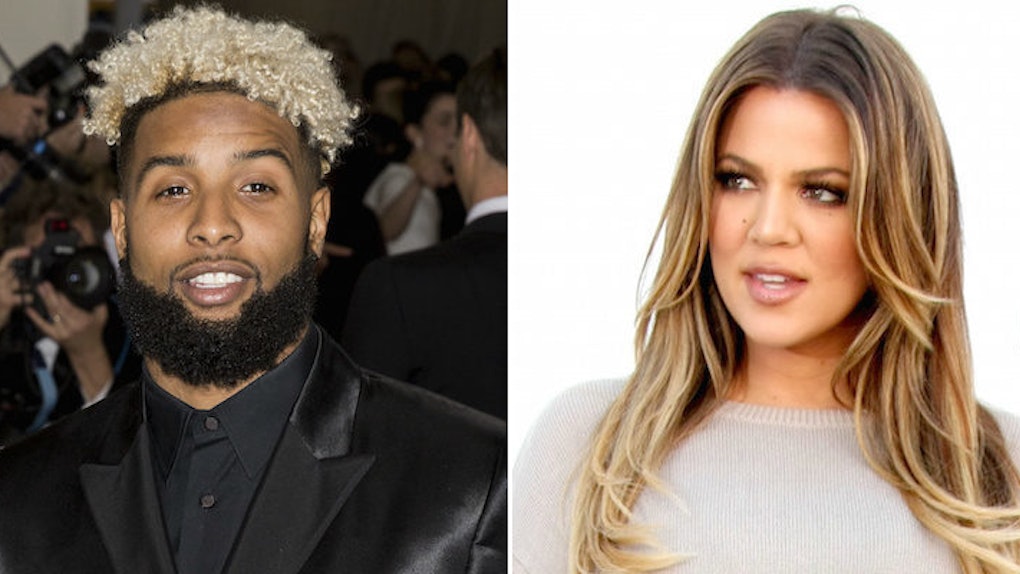 Please, please, PLEASE don't tell me we're living in a world where a gal can't casually rub her butt on a guy without the whole incident blowing up into national ~~relationship~~ news.

We ARE??? Frickin' boo. Frickin' hiss. Frickin' SHAME ON US, America.

In a savage twist, someone posted footage of the pair's flirtation on dA iNteRwEBs, and, naturally, the world began speculating as wildly as humanly possible about Khloé's boo status.

Despite one Us Weekly source's claims the two “were just flirting at a party,” speculation raged on harder than an elderly racist at a Donald Trump rally.

On Wednesday, Khloé hopped on Twitter to squash rumors because apparently this situation required a statement straight from the reality kween herself.

Listen up, people. This supreme goddess is enjoying some HER TIME.

Homegirl is practicing some #SelfLove and living her #BestLife, mmkay?