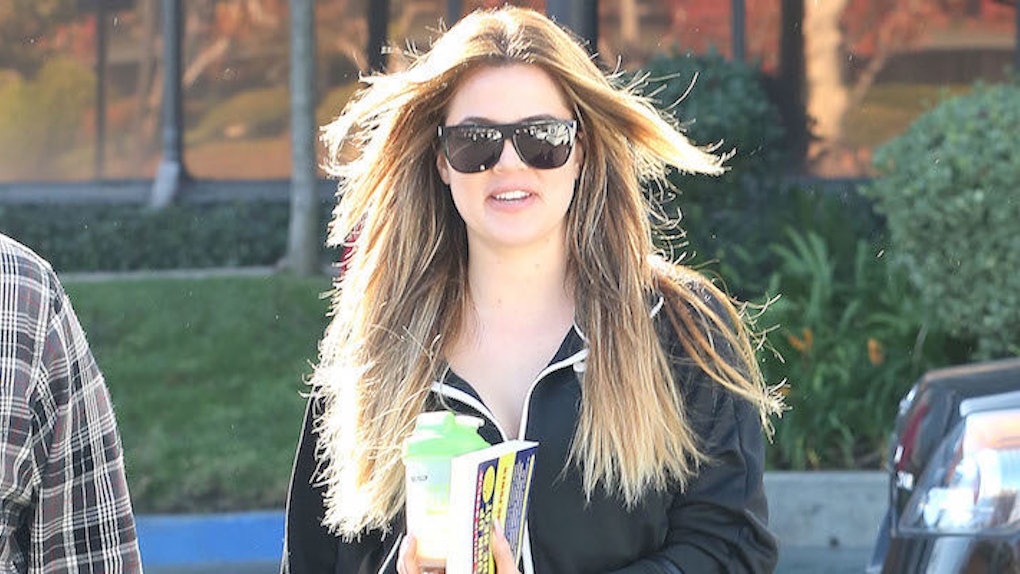 10 Of The Most Disgusting Things Khloé Kardashian Has Ever Said

Happy birthday, Khloé! You frequently disgust us and it's amazing!

Everyone has their favorite Kardashian. Even if you hate the Kardashians, you probably have a favorite one and just don't know it. It's just science as they each embody different relatable human traits. Granted, they share the one main trait of vanity, but they each have very different personalities.

I often compare this to the way cat owners talk about the different attitudes their cats bring to the table. And you're just like, "OK, SURE, Aunt Emily. I'm SURE Dr. Fluffenstein and Squiggles are distinguishable entities and not just the same brown cat running around the house.”

Then you spend time with them, and you're like, “Holy eff, Dr. Fluffenstein is a dang joy to deal with compared to that sack of passive litter crap we call Squiggles. SQUIGGLES IS A MONSTER AND THE WORLD IS DARKER EVERY SECOND HE IS AROUND.”

If you don't watch "Keeping Up With The Kardashians," I'm sure they all seem like clones of each other, but once you get to know them, you start to gravitate towards one or two members of the family. Freud probably has something to say about this, but I'm too lazy to look it up. Plus, Freud says I have a crush on my mom, which is untrue. I only like my mom as a friend… and a mom.

Anyways, my favorite Kardashian is Khloé and it's her birthday today! In honor of the event I've decided to round up a bunch of absolutely horrifying Khloé K quotes and pair them with her best Instagram pictures.

Why? To remind everyone underneath completely unattainable beauty there is an aggressively normal poop monster who sweats and farts just like the rest of us.

"I would say, 'hashtag, I only like black cock!' That's what I would say!"

"I was told that if you slept on your side it would stop your period. I'm not sure why, but I believed that for a really long time"

“I think at 16 I was probably fucking someone that was in their 20s, for sure. I wouldn't say I was even dating, probably just sleeping with them.”'

“When I was younger, I was hiding under my mom's bed for some reason, and her and Bruce started having sex. I was there and I couldn't leave. I had to stay until it was over.”

(Talking to Kim) "I have your Vogue issue! I read it on the john."

"Don't go into the ocean while on your period because a shark is going to attack you."

“I just want to shit on her face!” (talking about her stepmom Ellen)

“I went to a consultation when I was 18 and my dad found out and got so mad at me. He died shortly after, and I remember just being like, 'Well, he doesn't want me to do it.' I wear push-up bras anyway. I'm all for stuff if it's for you. If you want to get plastic surgery, I'm for that, but getting your lips filled in, that's temporary, too.”