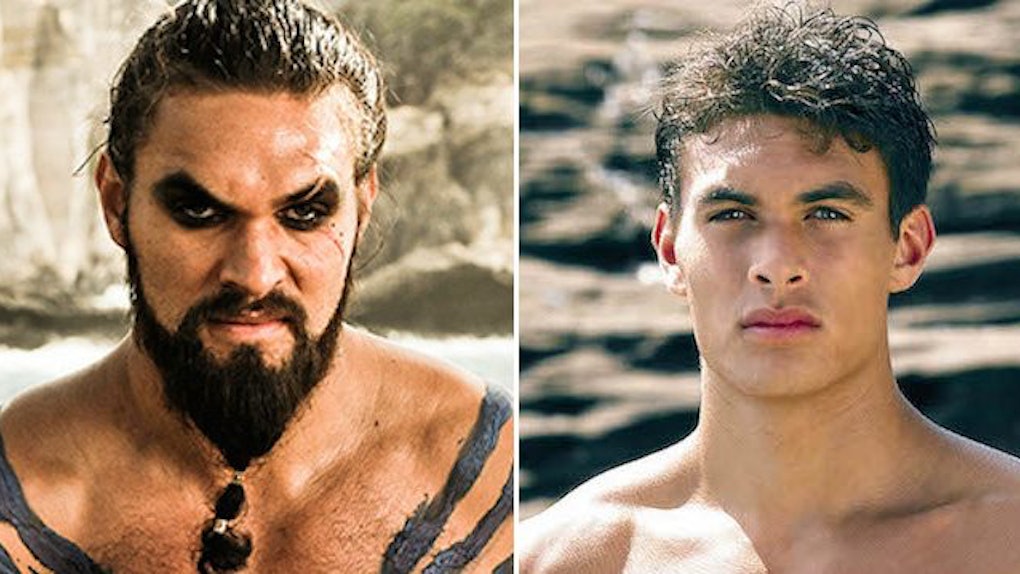 Khal Drogo From 'GOT Was A Babe In The Original 'Baywatch'

Hey, "Game of Thrones" fans! Here's a gift for you to start off the week right: Khal Drogo was in some early "Baywatch" episodes when he was younger — and he was super hot in them.

I know, I know. We're all excited about Zac Efron's tiny speedo in the new "Baywatch," film, and for good reason.

I mean have y'all seen how minuscule this speedo is? It's extremely little! The most small! Trés, trés petite!

But I see your microscopic bathing garment, Zac Efron, and raise this young, clean-cut Jason Momoa, aka Khal Drogo, from the late '90s on "Baywatch."

This fierce Dothraki warlord was once a hunky life guard on the Hawaiian beaches for three seasons of "Baywatch Hawaii," from 1999 to 2001.

Interestingly enough, his character's name was also Jason — Jason Ioane, a 19-year-old who moved to Hawaii to be a part of the Baywatch team.

In this clip, he uses his charming good looks to con his way into a free convertible.

Oh, right:"Baywatch" is a ridiculous show.

But listen, I'm not here for the plot. I'm here to stare at Jason Momoa's face and body.

Without a scar on his face he hardly even looks like the Jason Momoa we know and drool after today.

That scar came from a bar fight in Hollywood in 2009.

What I wouldn't give to be that creamsicle orange post.

Khaleesi, are you seeing this?

Eventually Jason did grow out his hair on the show, giving him some Khal Drogo vibes.

"Baywatch" was Jason Momoa's first acting gig when he was just 19 years old. Before that, he won Hawaii's Model of the Year 1999 — and I can see why.

Now, if we could just get Khal Drogo back on "Game of Thrones" so Khaleesi can be happy again, that would be great, thanks.

Citations: Khal Drogo Used To Be On Baywatch & The Pictures Are Scorching Hot (Refinery29)