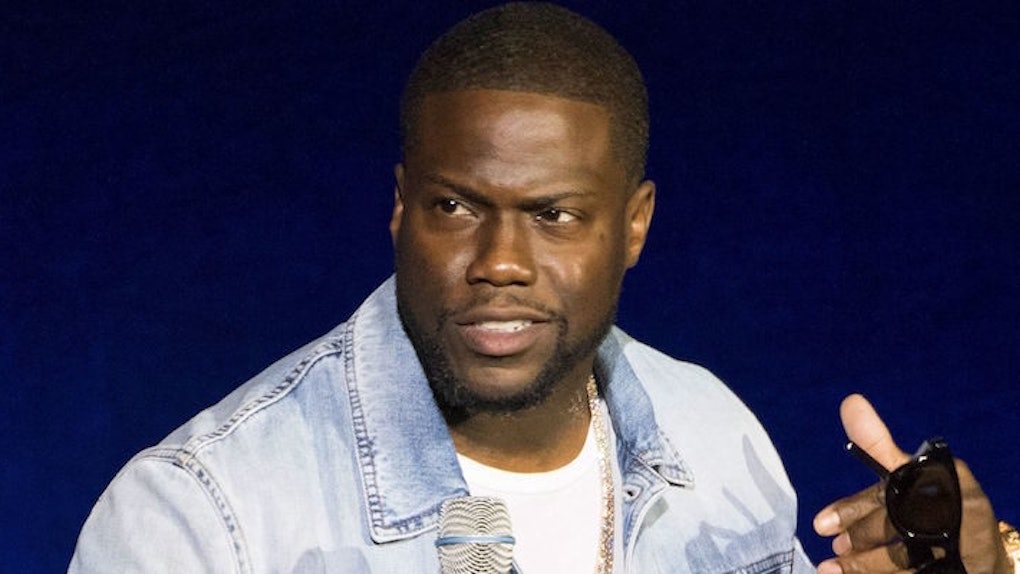 There are quite a few reasons to love Kevin Hart in this video from TMZ.

Firstly, he doesn't seem to mind answering questions about Justin Bieber at all and is very polite to the reporter. Secondly, he actually gave some pretty good advice on fighting.

If you're lost, the Biebs got into a fight on Wednesday night with a rather large dude at the NBA finals in Cleveland. It, uh, didn't look pretty in the video. Apparently Bieber tried to punch Lamont Richmond for asking for an autograph.

So anyways, the reporter in the above video told all this to Kevin Hart in NYC on Thursday, and asked the comedian if he had any advice for Bieber on fighting as a "little guy."

First, Kevin insisted he doesn't like to fight and wouldn't encourage fighting. But then he did have some words of wisdom on fighting as a small person. The key? Biting.

If you are going to fight, and you're small, you bite. Go low and bite. Go for either a calf, or an achilles tendon. Everybody knows that. It will take your opponent out. Nobody can withstand a bite on the achilles tendon.

I hope JBiebs is taking notes.

Citations: Hey Biebs HERE'S HOW YOU TAKE DOWN A BIG DUDE (TMZ)