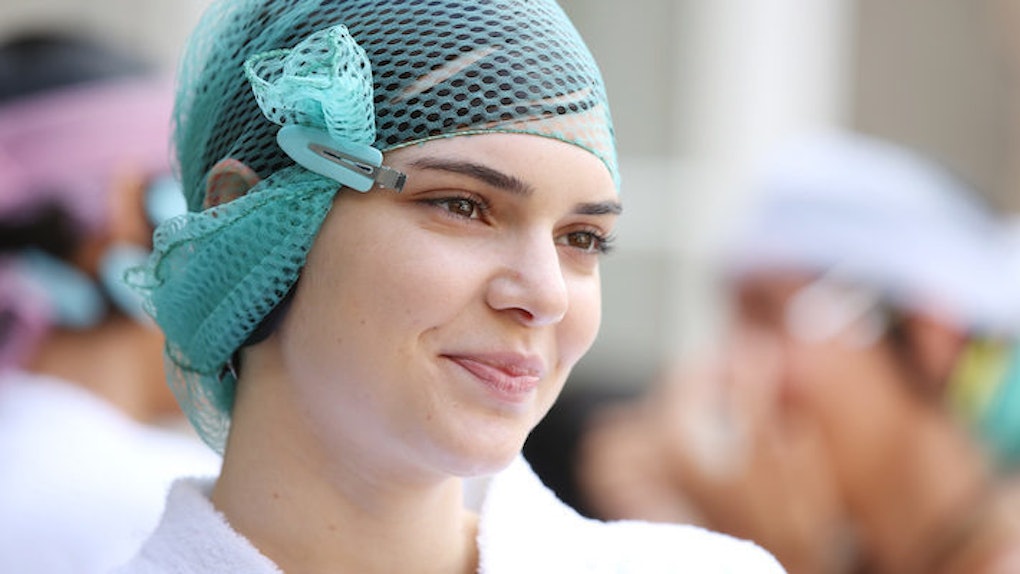 Maybe you never doubted that Kendall Jenner has some serious swagger, but in case you need a reminder of that universal fact, check out this video of her strutting her stuff on the Givenchy runway.

Wearing a black and white, cross strap gown, Kendall Jenner owned it on the catwalk at the Spring 2017 Givenchy Menswear fashion show during Paris Fashion Week. Walking alongside BFF Gigi Hadid, Jenner gave off a gothic vibe with her black, embellished sandals.

The 20-year-old super model also sported a sleek, 1920s style bob that gave her a completely different look from her typically long California locks. The "Keeping Up With The Kardashians" star can clearly pull off a retro look, but there are still a few other looks we want to see from her.

For instance, how baller would Kendall Jenner look in a "Super Mutant Ninja Turtles" costume?

Or how about a late-1800s' scuba suit? Or a nun's habit? Something tells me Kendall Jenner would look good in all of those things. Mostly because she's Kendall Jenner. But also because old-school scuba suits are awesome.

Watch the video above. Just do it.