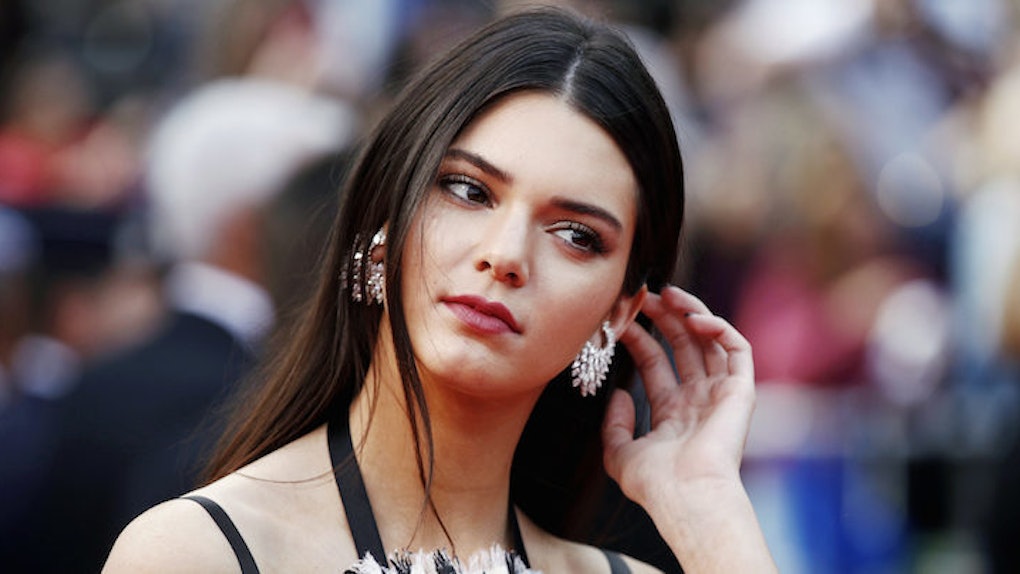 Kendall Jenner wants you to know her life was HELL, thanks to her terrible, garbage skin.

According to PEOPLE, Jenner wrote a blog post on her app -- which costs a VERY FAIR $2.99 a month -- lamenting to subscribers about how her struggle with acne made her feel lonely and insecure over the years.

In the emotional tell-all, Kendall spoke about how she started to feel bad about her skin when she was a teenager.

Where it really impacted me was how self-conscious I became about it. It completely ruined my self-esteem. I wouldn't even look at people when I talked to them. I felt like such an outcast; when I spoke, it was with my hand covering my face. Sure, I had crushes in high school, but I wouldn't even think about looking at guys.

But she wasn't alone in this fight.

I remember on Christmas Eve one year, I was sitting in my bedroom upstairs crying and Kim [Kardashian West] walked in and we talked about it together -- she felt so bad for me.

So, Kendall persevered. With the help of family, friends, hope, courage and access to an unending stream of money enabling her to seek the help of the world's best medical minds -- minds who could probably help end AIDS, cancer and homelessness if they weren't busy helping Meg Ryan fight the realities of time -- Kendall received something called Laser Genesis on her flesh and was able to overcome her bad skin, leaving her acne-free for three years.

Kendall wants YOU (yes, YOU) to know she's with you in this fight to feel bad for her.

What I want everyone to understand is that it's been a process: It wasn't anything that happened overnight. Even after things started to clear up, it took a solid amount of time to be [OK] with my skin and gain back my confidence.

Slowly, I'm working [toward] not caring and I'm just in so much of a better place about it all now that I'm older. I realized that it's a part of life for some people and it doesn't define who you are.

Considering everything going on with Lamar, I want to believe Kendall asked Khloé if it would be OK for her to write this piece about how her mediocre skin made her life HELL, and Khloé responded,

Yes. Go. Tell your skin story, Kendall. We need to show the WORLD we are still standing strong and that it's business as usual at Casa Kardashian-Jenner-Disick.