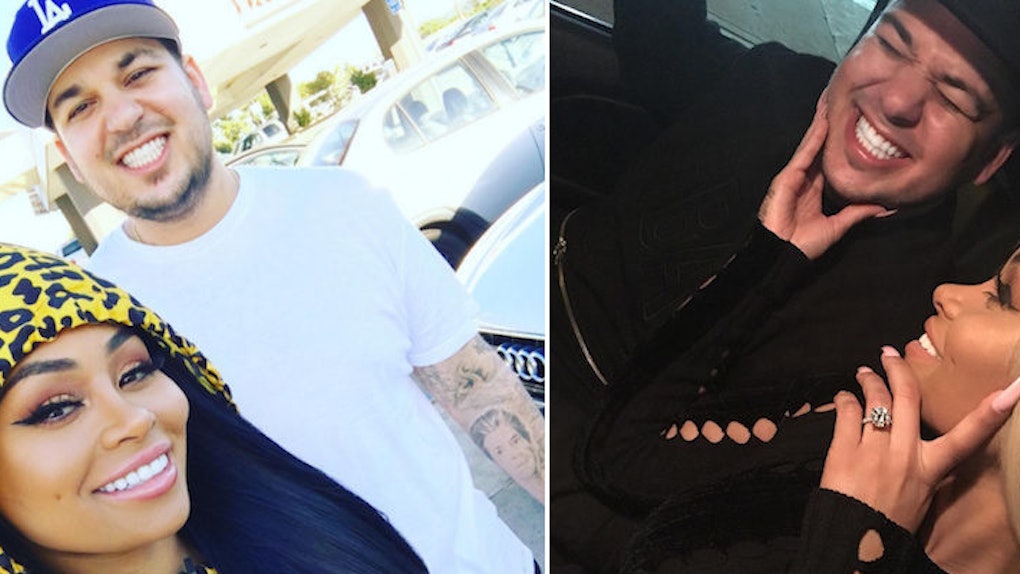 Rob Kardashian has been back in the reality TV game for less than a season, but that won't stop him from demanding a seven-figure wedding special for himself and fiancé Blac Chyna.

The couple, who recently announced they'd be starring in a reality series documenting Chyna's pregnancy, reportedly demanded a wedding special with a million-dollar pay day.

For those of us who don't make a living in front of the camera and whose weddings will likely go unwatched by even the attending guests, a million dollars for a wedding special sounds pretty nuts.

It almost seems as though Rob pitched the idea of a wedding special based on the financial success of Kim's reality TV wedding to basketball thrower Kris Humphries, and when producers asked his price, the youngest Kardashian just blurted out a number.

No amount of money sounds as fake as, “Uhh…I don't know…like, a million dollars?”

Someone receiving a million-dollar payout for getting married is like someone receiving a free pair of Yeezys every time he or she pees in the toilet instead of the sink: It greatly benefits those participating but remains largely undeserved based on the fact pretty much anyone can do it.

If Rob Kardashian wants a million dollars to mold a clay bowl while skydiving on live television, on the other hand, that's a deal worth making.