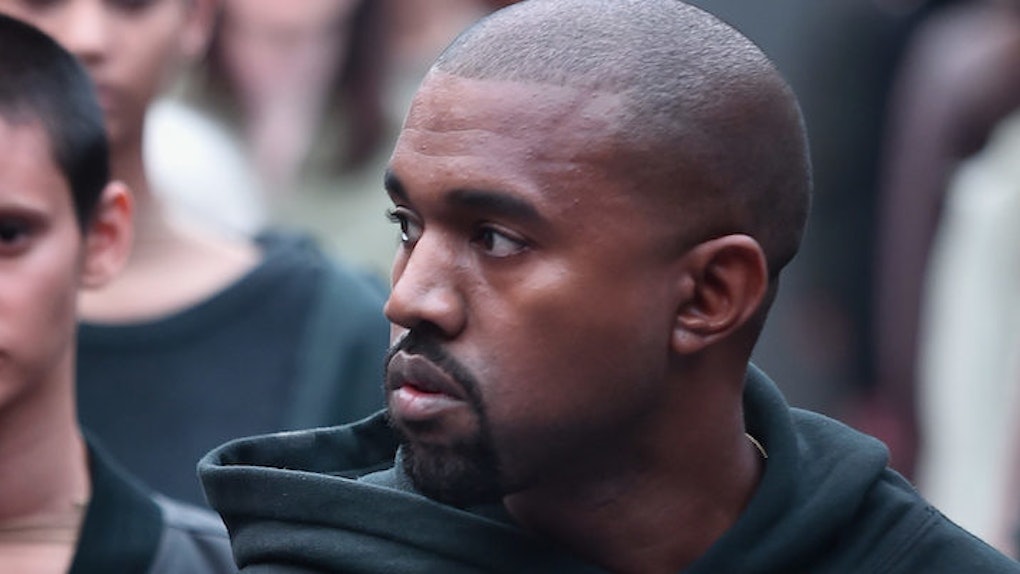 After waaaaay too much anticipation and build up, mostly by himself, Kanye West revealed the name and cover of his new album on Twitter.

Now, we all know T.L.O.P. stands for The Life of Pablo. This is probably the last time Kanye changes the album's name, but honestly, who knows at this point? The album is also supposedly dropping at some point today, February 11, but we're all still waiting for that to happen.

Meanwhile, Kanye gave us all a taste of the cover. (Again, it's probably the final design, but he does still have a few hours left to change it.)

Wait, does that album art remind anyone of anything? Something, perhaps, only '90s kids would remember?

Yep, it looks exactly like the aftermath of a frustrating battle with formatting on Microsoft Word.

Sorry, Kanye, I don't think even Microsoft's Office Assistant paper clip can help you sort out this one.

Kanye, you still have time to throw together another cover in Blingee before you release this album! I want to see some sparkles, personally.