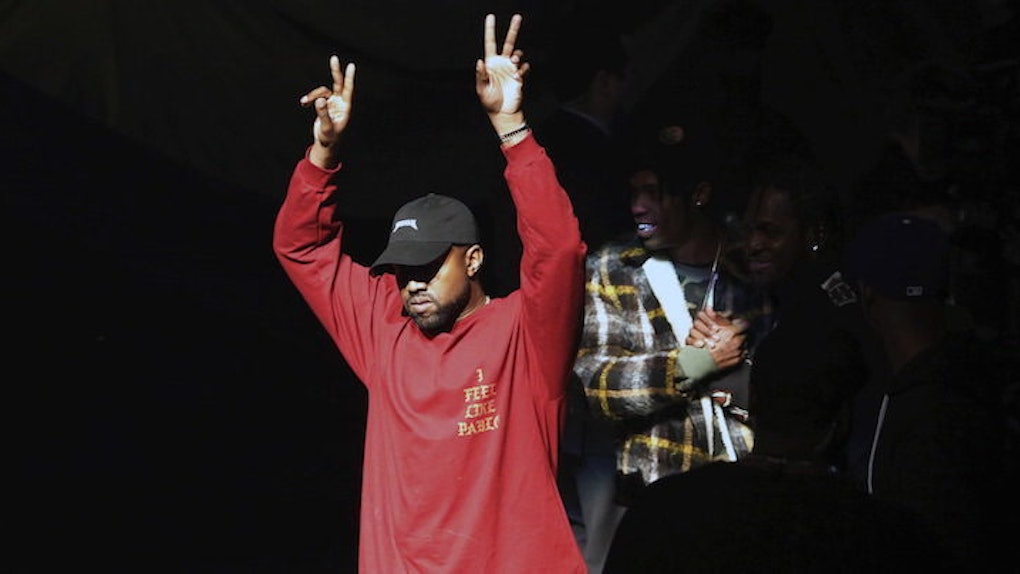 Kanye West has been teasing Cruel Winter for years, but it looks like it's actually going to be a reality now.

The Cruel Winter album would be a followup to G.O.O.D. Music's Cruel Summer, which featured bangers like "Clique" and "New God Flow."

Kanye was on LA's hip-hop station talking about the upcoming album. He said they're still working on it and may remix it a few times before releasing it to the public for sale (perhaps unlike his public editing of The Life of Pablo earlier this year).

West was on the radio to premiere the first single off the album, but he refused to say who would be featured on the track, leaving it as a surprise for listeners instead.

And it was a bomb surprise.

The as-yet-untitled single off Cruel Winter featured none other than Gucci Mane, who just got out of jail last week.

I'm 'bout to go Gucci in the Gucci store

But Gucci's not the only person on this track. It also features Quavo, Travis Scott, Desiigner, Yo Gotti, 2 Chainz and Big Sean. I mean, damn, you guys.

Kanye went on to say on Big Boy's Neighborhood there's an unedited 12-minute version of the song, calling it the "Avengers of rap." The song currently sits at six minutes.

The song's got some serious early 2010 G.O.O.D. vibes with a heavy beat and strong sounds. It's an instant jam. You can check it out here for as long as the link stays live.