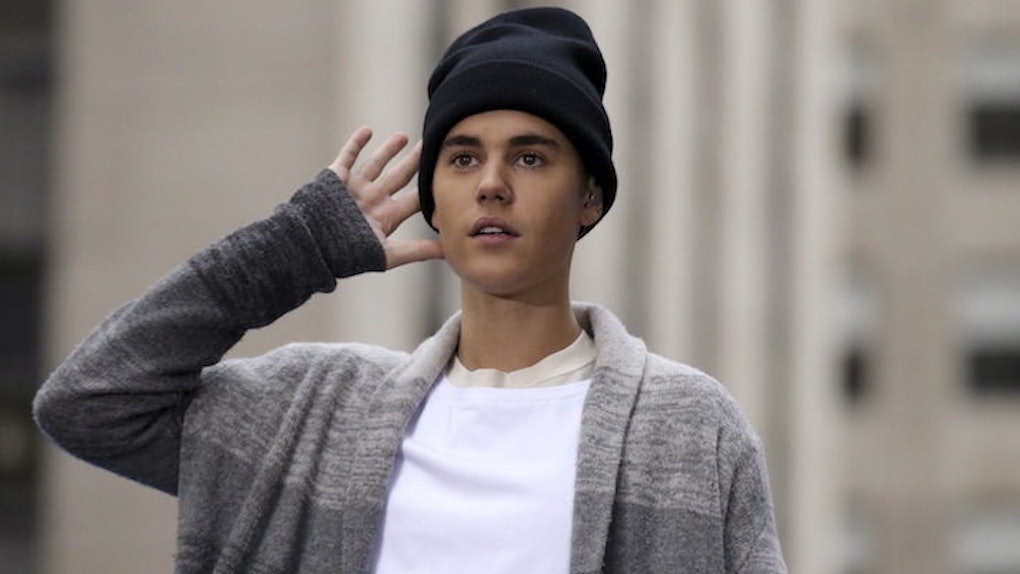 Justin Bieber's Former Neighbor Says Living Next To Him Was Horrible

A few years ago, Justin Bieber experienced his requisite teen star “fall from grace” when he got arrested for throwing eggs at a neighbor's house. (SO BAD, amiright?)

Though he's cleaned up his act since then and apologized for his douchey, chaotic behavior, some — Biebs' former neighbors included — believe it is, indeed, too late to say sorry.

An anonymous source who reportedly lived next to the Canadian singer as a kid told the Daily Mail,

There's nothing good I can say about him. I'm just glad he's gone. He was always throwing pears into our pool. He'd scare our cat. We used to phone other locals when he was out, saying, 'Be careful, Justin is outside'… My house was egged three times by that kid. If we went on holiday he'd play games on my lawn. After one winter we found 16 of his pocket pucks there.

The anonymous neighbor went on to say Bieber frequently trespassed, destroyed private property like lawns and plants, and generally made his neighbors' lives miserable. And, no, he did not apologize.

The cherry on top of this JB hate cake, however, has nothing to do with Biebs' at-home suckiness, but rather, his public suckiness: According to the star's former secondary school principal Martin Ritsma, the “What Do You Mean” singer once rode a limo to school.

A limo. To school.

Sure, this could all be total BS, but given Biebs' track record with disturbing his neighbors, plus his general air of arrogance, I can't help but belieb this story is all true.