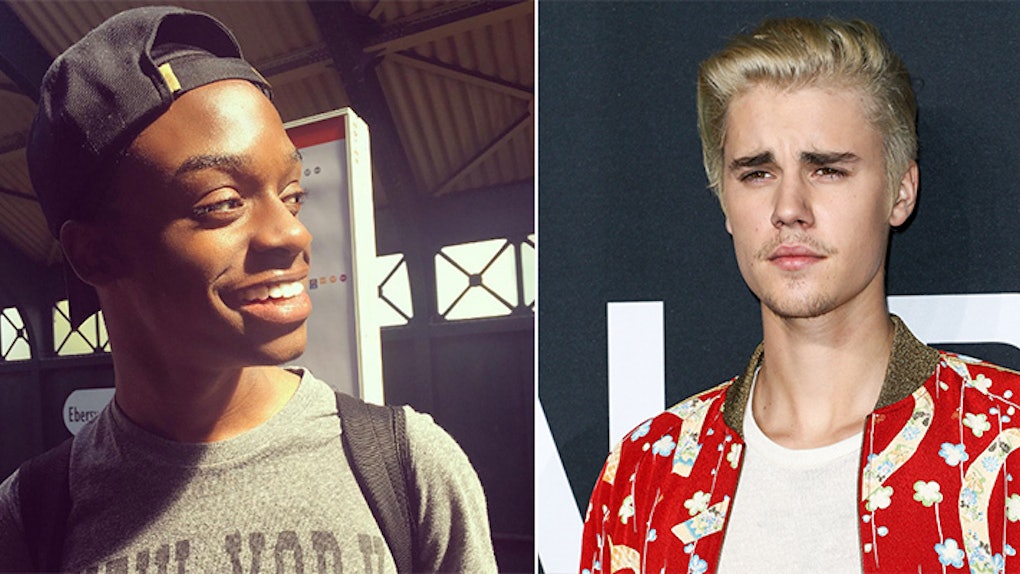 Justin Bieber made a cameo on Tuesday's episode of “Atlanta,” but there's no chance he remembers shooting a scene.

The latest episode of Donald Glover's stellar FX comedy called upon black actor Austin Crute to play Justin Bieber, and fans were all about it.

Viewers enjoyed a crazy clever representation of the Biebs as he participated in a charity basketball game and found himself at odds with Paper Boi.

Some considered the casting choice a heavy-handed reference to Justin's well-documented love affair with cultural appropriation.

This "black Justin Bieber" on Atlanta has me in actual tears! It's just too on point — Jillian (@ImJillianRose) September 28, 2016

Others loved the casting for its surreal brilliance.

Ultimately, fans agreed this was, overall, a “genius” move.

"Atlanta" creator and star Donald Glover even recorded a fake Justin Bieber single for the episode.

Am I supposed to be digging the mock pop Justin Bieber song at he end of this episode of @AtlantaFX ? I hear you @donaldglover #AtlantaFX — anabel (@anablu3) September 28, 2016

Glover's show has already been renewed for a second season after having the most-watched basic cable primetime scripted comedy premiere in over three years among the 18-49 demographic and becoming the most watched new comedy series in the same demo since April 2014, IGN reports.

With just five episodes aired, the show is a clear favorite among fans and critics, and creative commentary that yields hashtags like #BlackBieber likely has much to do with the show's success.

Atlanta gotta be the most funniest and realistic show on Tv bruh — BODEGA PABLO(@PabloTheGodd) September 18, 2016