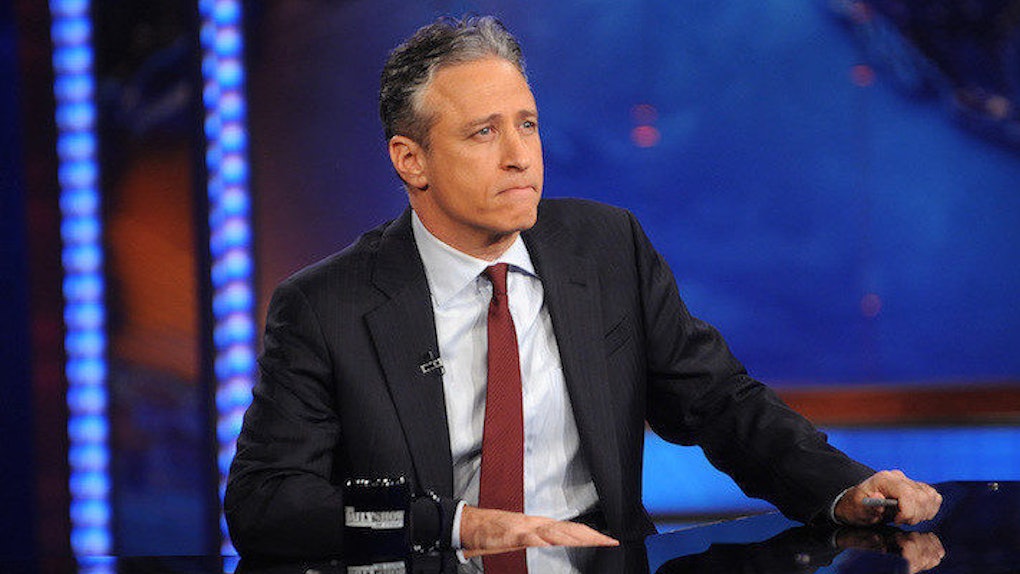 How Jon Stewart Changed Journalism Forever By Giving Us The Truth

If you know me, you know I am madly, head-over-heels in love with Jon Stewart. It's not just his smile, his silver fox features or his Jewish humor that draws me to him. It's way more than that.

Before entering college, I never watched the news. I'd pop my head into my mom's bedroom in the morning as she was watching a morning news channel, and that was about as far as it went.

Freshman year of college, I was watching Stewart's take on Anthony Weiner, and I was completely immersed in his ability to take news and report it in his own way, on his own terms.

He called out people's bluffs, exposed all the bullsh*t and saw all the corporate propaganda as fair game.

Come my sophomore year, I immediately changed my major to media studies, and I picked up a minor in journalism. He was just that good.

Jon Stewart has been a staple of satirical television news since the very first day he took a seat as an anchor for "The Daily Show." Now, almost 20 years later, he's retiring from his desk position and leaving Comedy Central's most well-known and praised show.

Since beginning of "The Daily Show," Stewart has not only paved the way for himself, but for so many others who have followed in his footsteps, like Steven Colbert and John Oliver.

As much as people peg Jon Stewart as a guy who is just at the table for some laughs and a good time, he's more than just a comedian.

But, as much as people think "The Daily Show" leaned to the left, they were wrong.

For years, as an avid watcher and fan, I've seen Stewart call out the president and his cabinet for their mistakes. But how can he really focus on the Democrats when Fox News gives him something to rip up almost every single day?

A Pew Research Center study reported "The Daily Show" and "The Colbert Report" had some of the youngest viewers in TV news history, with 39 percent and 43 percent (respectively) of viewers being under the age of 30.

For those who don't know, politicians kill for the young, hungry and easily swayed youth demographic of America. And, that's just it: People don't see Stewart as just a comedian; they seem him as a news anchor.

He is much like Brian Williams, Rachel Maddow or any other person who sits at his or her desk reporting what we call "news."

As a journalism graduate, I had the opportunity to interview college students on a number of political issues, from elections to healthcare (and even how they felt about Anthony Weiner sending dick pics).

Surprisingly, a lot of people were on top of their stuff because they watched shows like "The Daily Show."

Ninety percent of the students I interviewed at my university said they received their news from social media and through these types of TV shows. When asked why, they said they felt news sources were constantly working on their own agendas.

And it's the truth. Most news organizations are owned by a corporate giant, like Disney or News Corp.

These companies all have set agendas they need to abide by, and because of this, they omit and accept certain news stories to fit their priorities.

"The Daily Show" has given news a format unlike any other. There's back-talk and opinions to breaking stories, not just the objective journalism standards most organizations have to uphold.

Stewart can call a spade a spade, and he call Bill O'Reilly a dick without any problems.

Stewart has given us a lot over the years — a legacy, amazing comedians and anchors, hilarious video campaigns (Who could forget #McConnelling?) — but, most importantly, he's given us the truth.