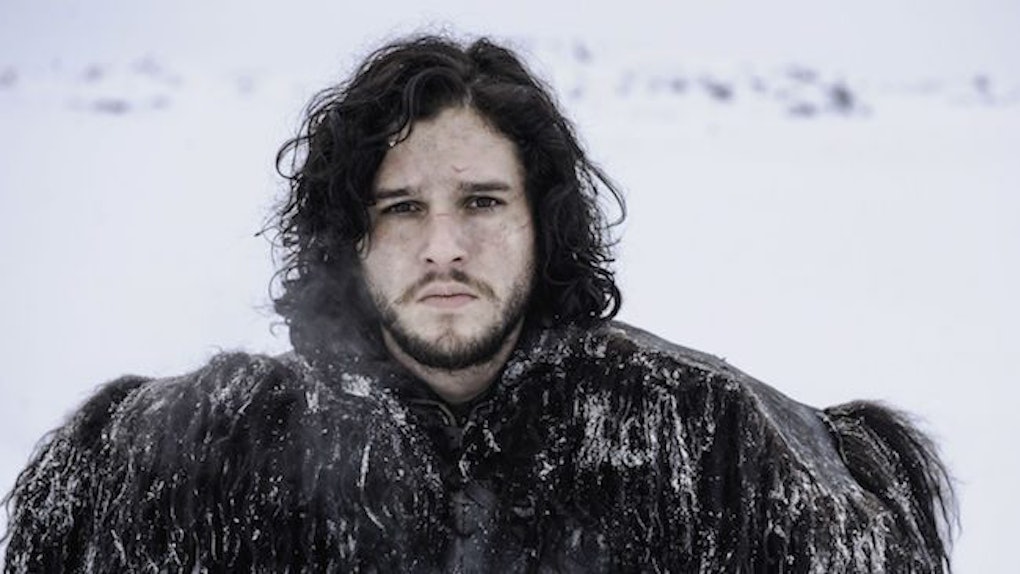 Will Jon Snow Die In ‘Game Of Thrones’ Season 7? 4 Clues That Prove He’s Sticking Around

This is it, Game of Thrones fans. The moment we've all been waiting for. No, it's not a Winds of Winter release date — let's be realistic. But it's the next best thing: the Season 7 finale of Game of Thrones! Are you guys nervous? Because I'm really nervous. This show's finales are notoriously bloodbaths, and I don't think I could handle it if anyone other than Littlefinger dies. For instance, Jon Snow. Jon Snow better not die. Oh, god, will Jon Snow die in Game of Thrones?

OK, OK, let's all calm down. Deep breaths together, now. No, Jon Snow will most likely not die (again) on Game of Thrones — at least, not in this season. Obviously, I can't say for sure, but there are some hints.

In Episode 7 of Game of Thrones, Jon Snow stupidly charged into danger, like he always does. But now that Daenerys Targaryen, Mother of Dragons, seems to be invested in Jon Snow's survival, it's going to get a lot harder for his enemies to kill him. Case in point: Dany swooped in and saved Jon's ass from those White Walkers last week with her dragons. Jon's got that dragon protection! He's not going to die.

3. Kit Harrington is already signed on to do Season 8 of Game of Thrones.

According to a report from Express, Peter Dinklage, Kit Harington, Lena Headey, Emilia Clarke and Nikolaj Coster-Waldau have all signed contract for Season 8 and will be making a buttload of cash. So... yeah.

4. He and Dany need to rule on the Iron Throne together and produce a bunch of little heirs to keep Westeros at peace forever!

OK, admittedly this "reason" might be close to "fan fiction" on my part, but a girl's gotta have her dreams.

If any of the Starks are going to die, I think it's going to be Arya. Girl keeps trying to assassinate people, it just makes sense!

The Game of Thrones Season 7 finale airs this Sunday, 9 p.m. ET on HBO.