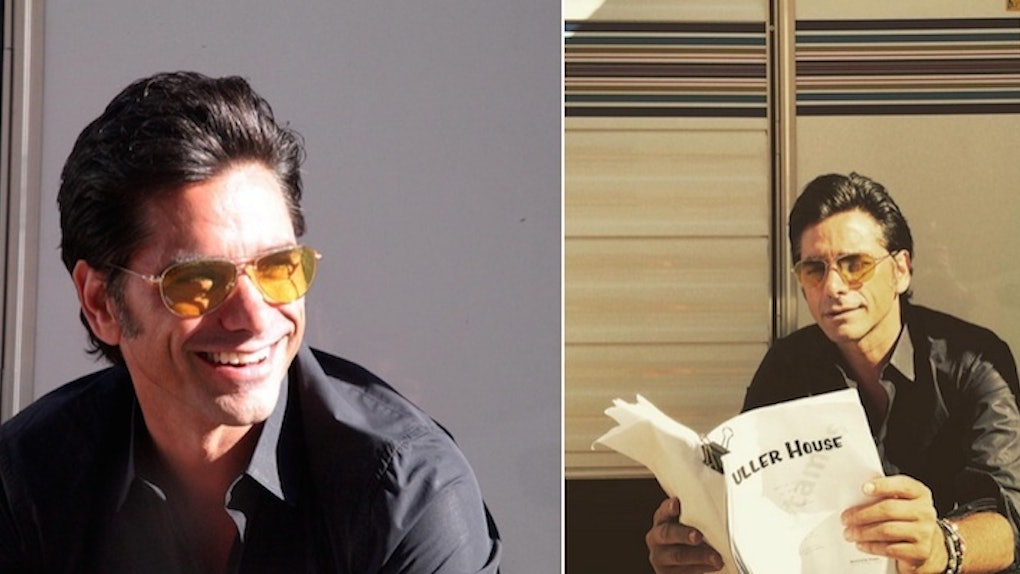 Prepare to time travel, because the first photos from the set of “Fuller House” are here, and you're about to be transported back to the 90s.

The star of the set is undoubtedly Uncle Jesse, who is possibly even hotter than he was 20 years ago. He's a god among men.

The “Full House” reboot will star several of the show's original cast members, including Candace Cameron Bure (DJ Tanner) and Jodie Sweetin (Stephanie Tanner), and will be produced by the original creator, Jeff Franklin. The Olsen twins are sadly not included in the remake.

Though the show isn't set for release until next year, these snaps will tide me over.

Uncle Jessie is back, guys — take a peek, below.

She captioned this photo of the script, "Just like coming home."

And Scott Weinger writes, "Steve is back."

But really, this is the reason I'll be watching the show.