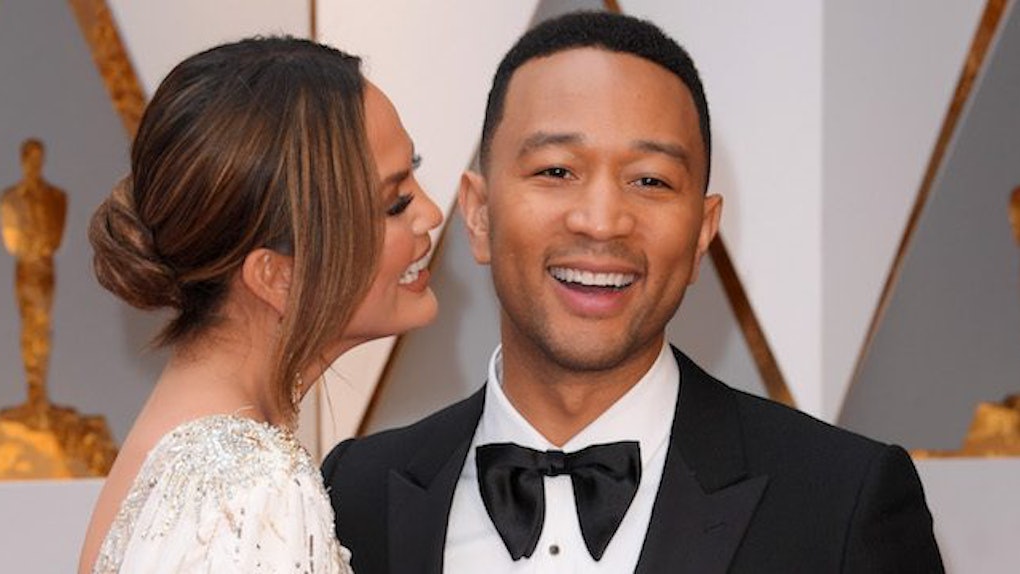 OH, DAMN. Things got pretty steamy between John Legend and Chrissy Teigen in a recent video on Snapchat.

The Sports Illustrated model took some Snapchats while out to dinner with friends. In part of her Snap Story, John Legend actually cuddles up next to his wife and gives her the cutest little kiss on her breasts.

If you're single and planning on dying alone, I sincerely apologize for what you're about to see. It's so romantic and cute you'll probably spend tonight crying alone in the shower. It's fine, we've all been there.

At the start of the vid, Chrissy shows off her lace top and says "hello" to the camera.

THEN, John Legend comes in and cuddles up next to his bae. Ugh, I love them.

OK, HERE'S WHERE THINGS GET SPICY. John Legend then kisses Chrissy's boobies. This moment is everything.

Wow, what a ride. You can watch the full video on Chrissy's Snapchat.

Chrissy and John are never afraid to show some PDA, so this isn't too surprising. I mean, have you seen the "All of Me" music video? IT WAS SEXY AF! And super emotional. Tears were in my eyes. I SERIOUSLY LOVE YOU BOTH SO MUCH.