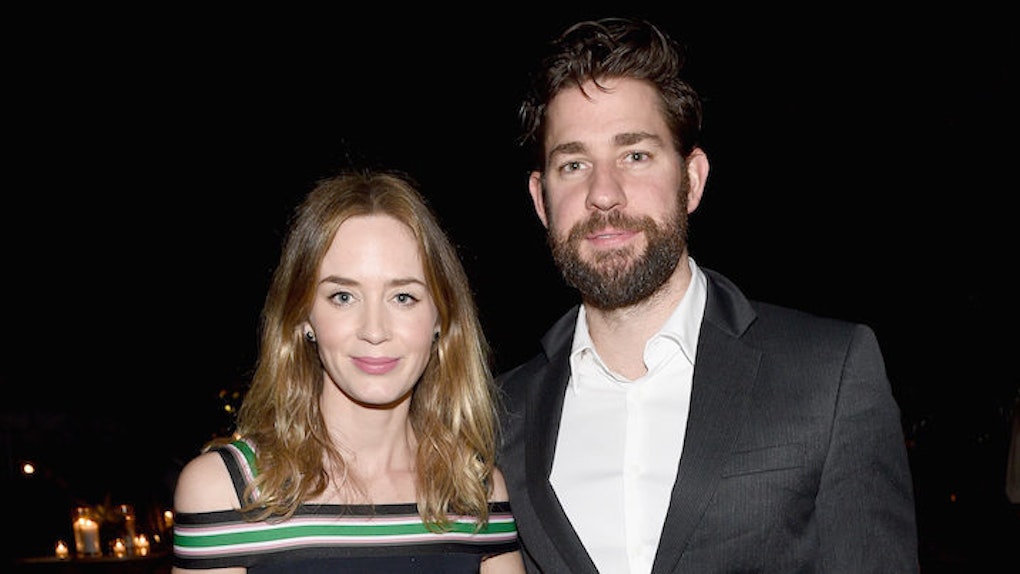 John Krasinski And Emily Blunt Are Having Another Baby

John Krasinski is about to be the hot dad of your dreams... AGAIN!

Yep, Emily Blunt, 32, is pregnant with her second child, confirmed by her rep to Us Weekly.

The married couple has been busy lately, with John doing press for his upcoming action film and saying really f*cking adorable things about how much he loves his wife, and Emily in the middle of filming her next movie, "The Girl on the Train."

These two are basically the most perfect couple Hollywood has ever seen.

They were married in 2010 after dating for two years, and now, they're the most perfect family, too. Their first daughter, Hazel, was born just under two years ago.

Well, I was already extremely jealous of little Hazel's awesome childhood before, and I'm ready to add another newborn to the list.

Fingers crossed for lots and lots of coordinated Halloween costume pictures from the family down the road.