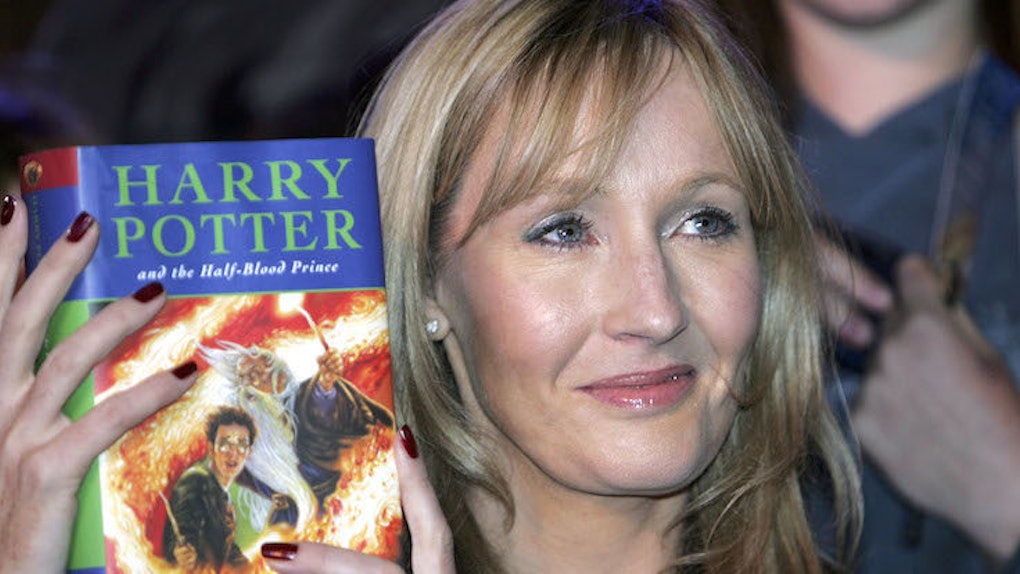 Good news for procrastinators everywhere: The woman who made nearly $1 billion writing over 4,000 pages of "Harry Potter" procrastinates, too.

I mean, if JK ROWLING procrastinates, I think you can cut yourself a break for spending the last half hour on Facebook.

On Thursday, our magical queen was apparently putting pen to paper again (!!!) when she faced some writer's block.  (It's unclear what project she's working on, but my money is on the new children's book she announced in November.)

Just like you would, Jo turned to the Internet to share her woes when she got stuck -- and it was glorious.

It seems Jo struggled this week with her new characters' genders.

I'm not sure why I love JK Rowling using the word "genitalia" so much, but I do.

British author and journalist Sathnam Sanghera commiserated with Jo on the writer's block, prompting a procrastination-off.

Apparently, Jo is writing something involving bullet points and shading?

@Sathnam I've messed about with bullet points and shading, too. You can waste a lot of time on a plan while feeling vaguely productive. — J.K. Rowling (@jk_rowling) January 28, 2016

Then, the two really went in on a conversation about fonts. I guess JK Rowling is not too fond of Arial and Helvetica.

Jo, what did Helvetica do to you???

Then, British comedian Sanjeev Bhaskar chimed in on the convo.

@TVSanjeev @Sathnam Little known fact about the Cambria font. It has nothing to do with Wales. — J.K. Rowling (@jk_rowling) January 28, 2016

No, I don't get the Wales joke, either.

So all in all, not a lot of writing got done on anyone's end.

But, Queen Jo had no shame.

Awww, don't be lonely, Jo! You have millions of friends watching your every tweet avidly. I don't know about you guys, but I'm never feeling bad about my procrastination again.

Citations: J.K. Rowling procrastinates just as much as you do (Mashable)