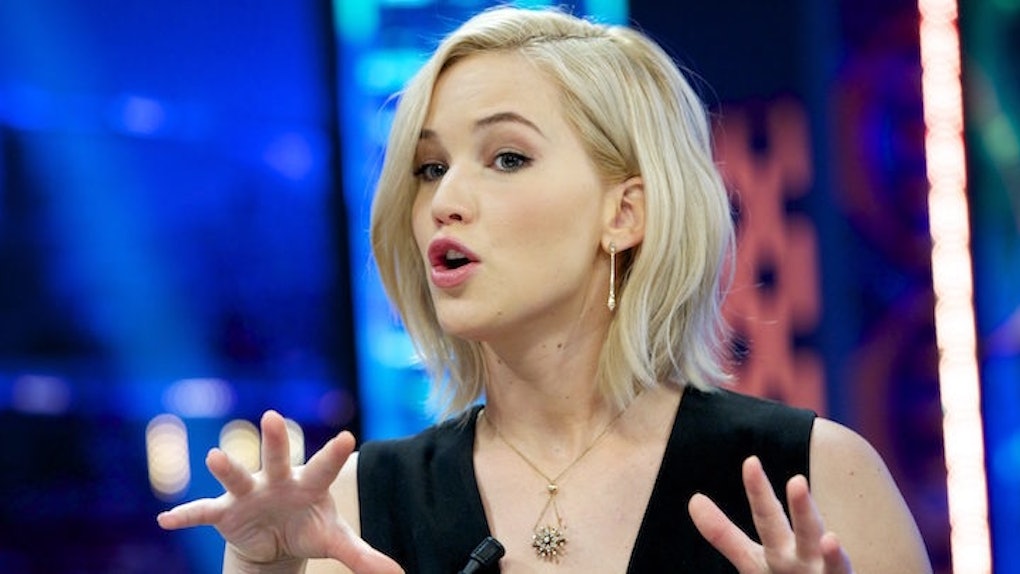 Funny or Die does not like the way women are treated in Hollywood.

The jokesters at the site created a hilarious faux-movie trailer using  Jennifer Lawrence films to make a statement about the sexism and ageism in the movie industry.

First, the video takes a look at past films in which Lawrence, 25, portrays a character much older than her actual self, including “Joy,” in which she plays a 40-year-old mother of three.

Then, the trailer gives viewers a sneak peek at Lawrence's next film, a satirical (and completely fake) production called “Really Really Old Lady Who Still Looks Totally Young And Hot.”

In the imaginary film, Lawrence plays an 89-year-old woman who looks 16 (or as FoD describes it, her “oldest role yet.”)

The minute-long clip is dripping with sarcasm, and I love every second of it.