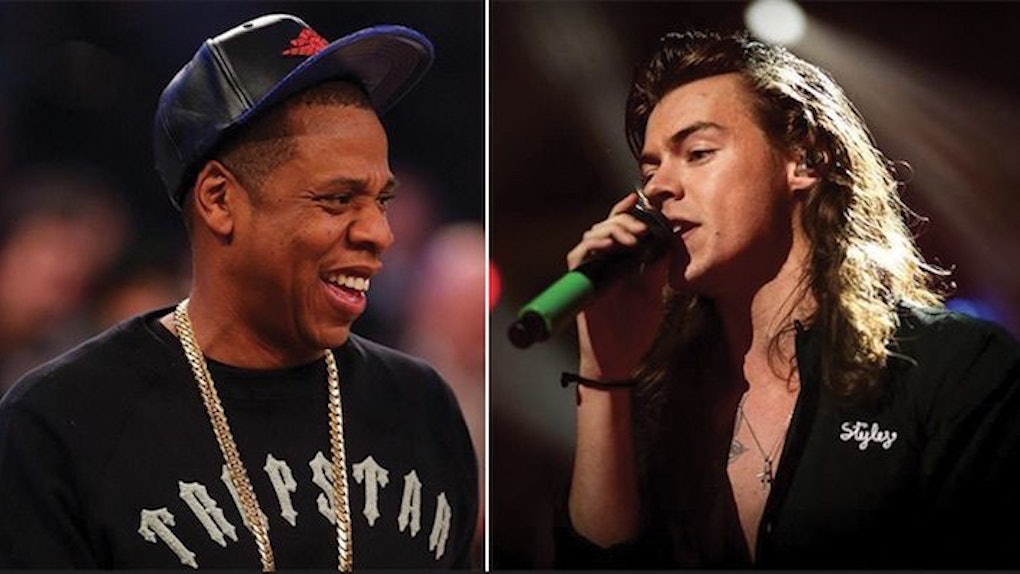 In case you're wondering, Hova has a big ol' music crush on Harry Styles.

Since 1D went multiple Ds in early December, there has been some confusion as to what is next for the individual members.

I mean, obviously, they're all probably going to try solo careers or form other groups -- sans Louis, who now has to figure out parenting.

As for Harry, we know he is solo-ing.

He apparently already registered under his own name to start recording four new songs for an album (with Snow Patrol's John McDaid and producer Gary Go seemingly attached to the project), and according to Jay Z, every other musician on the planet should be scared.

When asked about Harry's solo entrance into the music industry, the 46-year-old Roc Nation founder told the Daily Star it isn't going to be hard for the former 1D-er to find his way.

Harry doesn't need any help with exposure, everybody in the world knows who he is.

Later commenting it isn't going to be a full-on cakewalk, though, he said,

But he does need to make the transition from being part of a group to becoming an individual artist.

In case you're wondering, Jay Z thinks Jay Z would be the best manager for Styles, telling reporters,

I can get him working with the bigger artists, the biggest producers – and have him as the biggest artist in the world within a year.

Also, this merger may actually happen. Supposedly, Izzo is teaming up with Simon Cowell to try and lure Harry in, which will of course mean sharing profits, but it shouldn't be an issue with this massive money whale.

And Harry can make more than enough money for everybody to get a piece of the pie.

GET IT, YOUNG HOV!