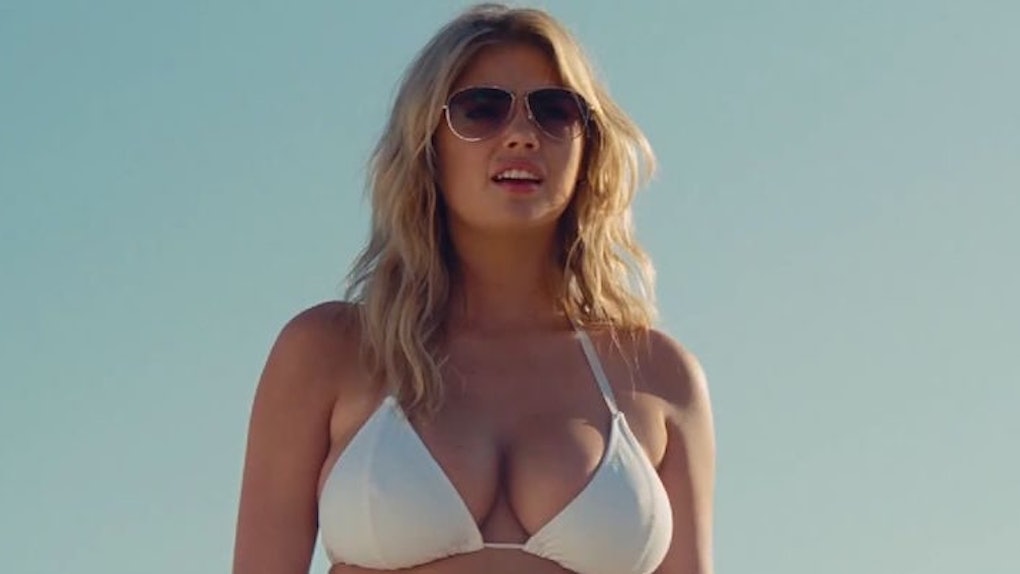 Here's How To Get Kate Upton's Amazing Bikini Body

Looking like Kate Upton is super simple! All you have to do is follow these 12 back-breaking, soul-sucking, inhuman steps guaranteed to rid you of the few inalienable joys that life allots you! IT'S THAT EASY!

At this point, Kate Upton is more of an idea than anything else.

In reality, I'd argue she doesn't actually exist. She looks like she was made in a the Pixar computer lab and then printed out on a 3D printer.

Like a mad scientist got told by his boss to construct the perfect woman and then spent all night in his lab repeating over and over to himself “YOU WANT THE PERFECT WOMAN?!?! I'LL SHOW YOU THE PERFECT WOMAN!”

At the end of the day though, she IS a human, which means she does human things like eat and sleep. Hey! YOU DO THOSE THINGS! You and Kate Upton are both human!

Now that we know you're at least the same species, you can attempt to make yourself resemble her using these 12 steps that Upton's trainer Ben Bruno says got Kate into shape

BTW, this is Ben Bruno.

Fuck. OK. Let's get this started.

"[Kate] made a big commitment to it and made a hard push."

”A lot of girls are scared to do strength training because they fear that they're going to bulk up, but if you do the right stuff and focus on the right exercises, it actually helps tighten everything up. Kate has really tightened up her physique noticeably as she's gotten stronger.”

3. No treadmilling. Instead, incorporate cardio within your workouts.

“Nutrition is more than half the battle. She committed to both the training and the eating right from the get-go, and that's why she's seeing such great results.”

6. Say no to processed or sugary foods.

"One of the main tenets of my program is what's called progressive overload. It's a fancy way of saying that you try to improve your workouts in some capacity, whether that be with more weight, more reps, or by doing a harder exercise."

“She has a good attitude about working out. She's not a whiner. She's actually excited and energetic in the gym.”

Kate works out with her dog.

11. Ok, TBH, you can cheat occasionally.

"I don't want it to feel like an unbearable diet.. There's not a set cheat day or anything like that, but she does have treats here and there."

“I don't think there are really any secrets. I think a lot of that stuff frankly is bullshit. It just comes down to a good, solid training program done consistently with effort. She worked out five days a week for eight months. That's a lot of workouts. Workout to workout, you're never going to see huge change. But if you're consistent at it and chip away a little here, a little there, and you're really on it, it's amazing what can happen in eight months doing that. That's where the magic happens."

Well, now you know. Go out there and become Kate Upton.

Citations: 12 Things Kate Upton Did to Get the Body She Has Now (Cosmopolitan)