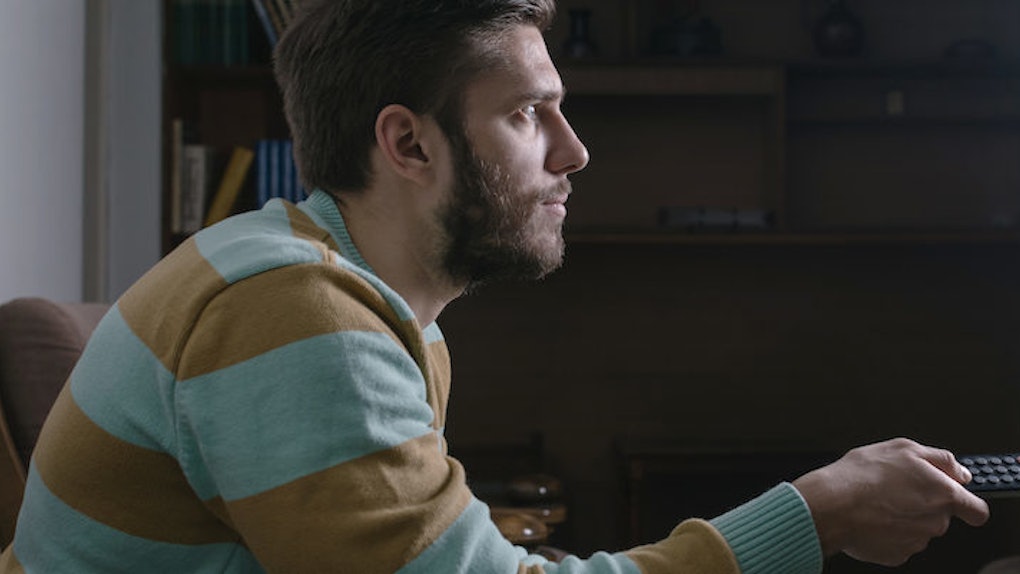 The Internet lit up this week with viewers' reactions to Netflix's shocking docuseries “Making a Murderer.”

Thanks to the copious amount of time on my hands, outraged fans may now accompany their “Making a Murderer” viewing experience with a detailed astrological guide. Y'all welcome.

Aquarius bingers are highly intelligent. By episode three, they'll have the whole season figured out. The machinations of the Manitowoc Police and the prosecution begin to offend this intelligence almost immediately.

Bobby Dassey's sensational testimony about being asked to move Teresa Halbach's body? An Aquarius DOES NOT HAVE TIME for this amateur bullsh*t.

After being given the runaround for four more episodes, Aquarius viewers will become detached and depressed. What's the point, after all? Steven Avery is f*cked. America is f*cked. Human beings as a whole are completely f*cked.

Pisces are super empathetic, so “Making a Murderer” hits them in every little inch of their bleeding hearts. Their best bet for surviving the series is watching with a Virgo, whose tranquility will balance a Pisces' intense internalization of every single episode.

Pisces are also worriers, meaning the paranoia of being falsely accused of murder will haunt them long after they've finished episode 10.

The stamina of an Aries is freaking unparalleled to the point of tunnel vision. They will most likely watch the entire season in one night.

When Netflix asks, “Are you still watching?” an Aries will laugh for a full five minutes (thanks, sleep deprivation) before clicking “Continue” and quietly mumbling, “Bring it on, lil bitch,” to literally no one.

Plenty of hot-tempered Aries will also have no qualms about crafting mean tweets regarding Eugene Kusche's droopy pelican gullet.

Ruled by Venus, this sign is outrageously sensual. Sure, so much of what happens to Steven Avery is unconscionable, but have y'all seen Dean Strang's delicious ass? Or Jerry Buting's long, luscious, supermodel legs?

Rather than watch alone, Geminis will opt to binge with a group of friends, allowing their jokes about Ken Kratz's fourth grade boy voice to land properly with a receptive audience.

Since Geminis are snack fanatics, they'll prep some delicious treats to munch on and eventually spit at the screen when it's revealed the blood vial was probably tampered with.

Gemini bingers are optimistic and, as a result, hopeful the jurors will see the wool being furiously pulled over their eyes by Manitowoc law enforcement and the entire judicial system.

When everything comes crumbling down into a grim conclusion based on total conspiracy, Geminis are somewhat personally offended but, tbh, kind of bored already.

Security and family are huge priorities for Cancers. Odds are, they'll watch with a parent or significant other and pause the episode every time their companions need to take a bathroom break, get a tissue or, in the case of a new relationship, leave the room momentarily to fart.

Cancers are protective and dependable. From the first episode, Cancers are in Steven Avery's corner, respond to every move law enforcement makes with an incredulous, “Are you f*cking KIDDING me, Colburn?!”

The moment detectives coerce a confession from Brendan Dassey, Cancers' emotions will get the best of them. By the end of the series, a Cancer's living room walls are covered in fist-shaped holes.

Leos are big-picture thinkers. When Pam Sturm babbles about the Holy Spirit leading her to Teresa's abandoned car, Leos don't merely become irritated with the Halbach case. They begin to question the American judicial system as a whole.

If I could be framed at any moment, why do I live my life inside social constraints? Is my sense of morality eventually defined by the morality of my enemies? If Steven Avery is innocent, could he be paying for the sins of a past life by suffering eternal punishment in this one? Is reincarnation a thing? If so, is Steven Avery merely Hitler reincarnated? In that case, has he not been sentenced harshly enough?

Watching law enforcement and the prosecution attempt to brutally manipulate Steven Avery, Brendan Dassey and the media is especially difficult for Virgos.

A Virgo's laid-back nature can cause others to take advantage, while his or her sympathy for those in need makes witnessing the Manitowoc Police's diabolical evidence planting feel like a personal affront.

Of all the evidence presented, detail-oriented Virgos will keep track of it better than anyone assigned to the case, in hopes the case will one day be successfully appealed.

Sure, Virgo, you don't have a law degree, but you probably know enough to free perpetual prisoner Steven Avery.

If Libras could time travel back to 1994 and get Chinese character tattoos of any three words, they'd choose harmony, fairness and justice.

The absolute travesty of a trial and lack of due process afforded to Steven Avery will send Libras over the damn edge.

When Sherry Culhane takes the stand, Libras will audibly ask,

Why is it so hard for you process a goddamn bullet properly, Sherry?! Is this your first time developing a DNA profile?! ARE YOU NEW HERE, SHER???

Libras also love to ramble about their favorite topics. If you plan to invite a Libra to your BFF's birthday thing, prepare to hear a few spoilers.

Decade-long grudges are the norm for Scorpios, as well as general vibes of fearlessness and self-control.

Of all the signs, Scorpios are most likely to show up at Ken Kratz's favorite breakfast spot, kidnap him, drive him to a deserted overlook and hold him over the edge by his ankles while calmly demanding an apology.

When K-Baby finally manages to squeak out, “I'm… I'm… sorry,” between heaving sobs, a Scorpio will drag Ken to safety, dust off his sad, lumpy sweater and whisper, “Apology not accepted,” before getting back in the car and driving off without him.

Sags are creative, happy, absent-minded bingers. “Making a Murderer” is captivating enough, but while episode six plays in the den, a Sagittarius is in the other room cutting tiny Bobby Dassey bangs into his or her hair for sh*ts and giggles.

This sign craves freedom. The mere idea of being imprisoned for one minute, much less wrongfully for a lifetime, gives a Sag chills ranging in intensity from "Dementor's Kiss" to "Died On The Titanic."

To a Sagittarius, Judge Patrick Willis is more or less a tiny, bald, mustachioed Grim Reaper.

Capricorns do not f*ck around. What's casual to anyone else is serious business to these winter babies.

Sunday errands, household chores, a God-forsaken MURDER trial: If you're not going to do it right, Capricorns suggest you don't do it at all.

The law is not a joke and, as far as Cappies are concerned, no one is above it.

By the time the credits roll on episode 10, members of this sign will have long since reached a verdict on everyone.