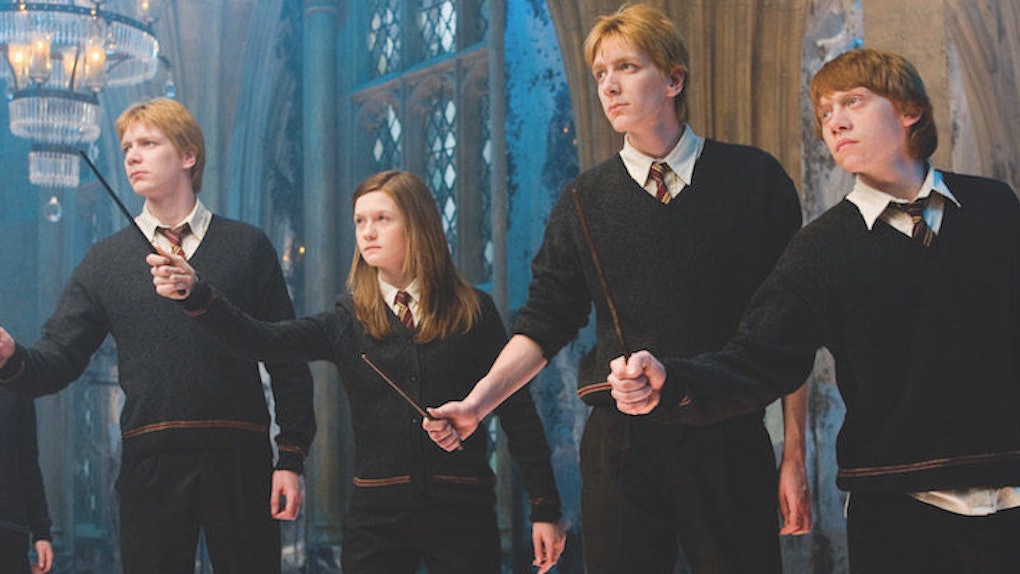 The Weasleys Had A Reunion, And It Will Give You Serious Nostalgia

THIS IS NOT A DRILL, Y'ALL: Some of the "Harry Potter" cast is hanging out IRL, proving the magic will never end.

The proof is in this amazing photo Bonnie posted to her Instagram.

Rupert and Bonnie were reportedly at Islands of Adventure in Orlando, Florida, which as you know, is also where the The Wizarding World of Harry Potter is located. Maybe they were there together doing something "Potter"-related?

Merlin, I hope so. It will be five years this summer since "Harry Potter and the Deathly Hallows – Part 2" came out, so perhaps a full cast reunion is brewing.

I'm going to go ahead and admit I gasped when I saw this photo. This is now how I picture Ron and Ginny's relationship.

No news of where the rest of the Weasley siblings were at the time (RIP Fred), but I bet Bill and Fleur were back at the hotel, Charlie was on the scary roller coaster no one else wanted to ride and George took the photo.