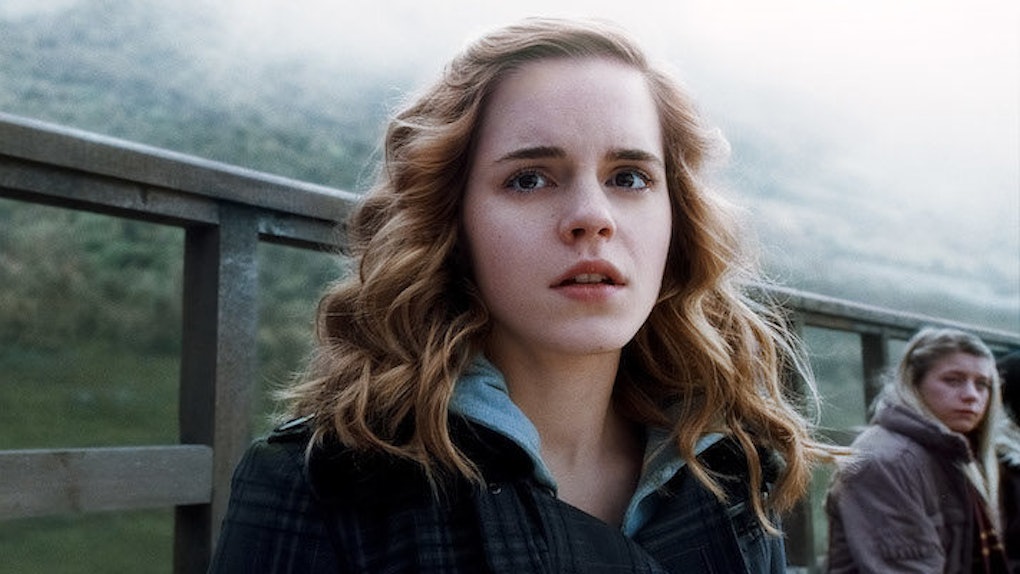 Two years ago, a "Harry Potter" fan put up an unofficial plaque in front of a sculpture at Bristol Royal Hospital for Children.

No one knew where the plaque came from, but fellow Potter fans were enchanted by the message. The plaque read,

Dedicated to the children of Bristol, the 1998 Quidditch World Cup Posts, enchanted by Adou Sosseh. Have a magical day!

In case you didn't know, Quidditch is a real thing in the Muggle world, complete with brooms and snitches (but no flying).

The dedication makes sense, because the sculpture the plaque was claiming looks an awful lot like the Quidditch goal posts from the "Harry Potter" films.

Unfortunately, this is where the story gets kind of sad. Just 18 months after the plaque first appeared, the mastermind behind the idea was finally revealed on Thursday.

It was Cormac Seachoy, a 27-year-old graduate of Bristol University who recently died from cancer.

Cormac apparently raised money using Kickstarter for the plaque back in 2014, and then snuck it up in the middle of the night that November.

On the Kickstarter, Cormac wrote,

There's a massive sculpture outside the children's hospital in Bristol, which consists of these really tall hoops, and looks amazing. Every time I pass them, I think they look like Quidditch Posts, and so I thought it would be an awesome idea to somehow convey to Bristol that the sculpture is actually the Quidditch Posts from the 1998 World Cup and that they have been enchanted into place as a gift from wizards to the Bristol children's hospital.

Since then, the plaque has delighted Potter fans for two years, but the hospital didn't even know it existed until this week.

A hospital spokesperson told BBC that the hospital plans to keep the plaque to honor Cormac, but advised that anyone else who wanted to put up secret plaques should talk to them first.

Fans everywhere are touched by the plaque's existence, including J.K. Rowling, who tweeted her appreciation on Thursday.

Cormac's family has started a new fundraiser to benefit Cormac's selected charities, which you can donate to here.

May your magic live on, Cormac!