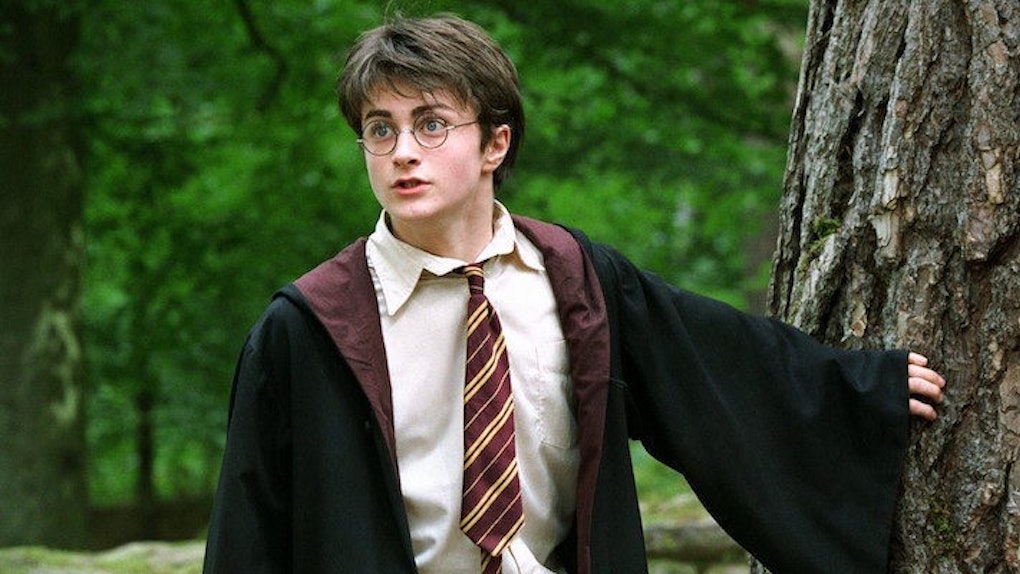 Warning: Minor spoilers for "Harry Potter and the Cursed Child."

So, we've all read the new "Harry Potter" book/play by now, right?

That means we can finally discuss the absolute craziness of this script together as a judgmental family.

But whether you loved it or didn't really love it, you can't deny the ridiculousness of one thing: Harry Potter, savior of the Wizarding World, is afraid of pigeons.

Yep, pigeons, as in the small feathered creature that eats garbage on the sidewalk.

Harry confessed this fear of trash birds to Albus in the final scene of the play.

Been an emotional wreck reading #CursedChild all night and then THIS: Harry Potter hates pigeons I can't even... pic.twitter.com/r9g4jhvzVE — Swapna Haddow (@SwapnaHaddow) August 10, 2016

To reiterate, Harry, who kept Hedwig, a large predatory bird, as a pet for seven years, is afraid of pigeons, a small harmless bird because they are "nasty, pecky, [and] dirty."

Potter fans aren't likely to let Harry live this one down anytime soon.

Good thing Harry was preoccupied with Dementors in his third year or he would have seriously embarrassed himself in Lupin's class.

Harry. After everything. Pigeons? Really?

Don't you live in London?!

How do you walk down the street?

It's a good thing Voldemort didn't know about this, or you KNOW what that seventh Horcrux would have been.

Harry might want to avoid Snapchat for a few weeks.

Because if I was his Snapchat friend, I would definitely send him this.

Sorry, but there's no way Albus is going to keep this to himself. It's too absurd.

I guess we have to accept it: Harry Potter is afraid of pigeons.