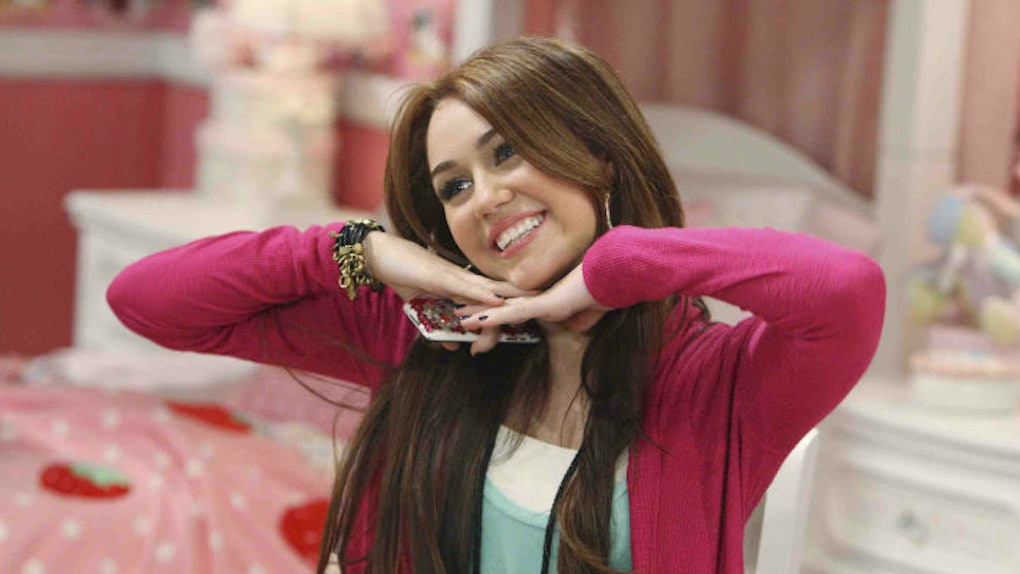 'Hannah Montana' Will Be Back On Disney Channel

IT'S THE BEST OF BOTH WORLDS.

Where were you five years ago? I was 21 years old and not going out to binge-drink with my friends because I was an adult.

Just kidding! No one invited me, and I was unironically watching the last episode of "Hannah Montana."

And, like a gift from the Gods themselves, "Hannah Montana" is set to come back to the Disney Channel on December 3.

Don't get too excited though. Despite Miley Cyrus's onscreen brother Jason Earles wanting a reboot, all we're going to get is a marathon.

Plus, do you really see our girl Miley donning that wig again? I don't think it's in the cards, at least not for a very long time...

Just for the holidays, Disney will be airing all four seasons of "Hannah Montana," so you can relive your own childhood fantasy of being an international pop star who's just a regular girl.

The Miley Marathon may just cut into your 25 Days of Christmas holiday binge watching, as it's set to run all the way through to December 29.

This is perfect, because most of us will be returning home for the holidays, and our parents have yet to cut the cable cord.

Instead of bickering over what Netflix movie to watch,or awkwardly sitting through some of the raunchier scenes of "Westworld" with grandma, you can reconnect with Miley, Lilly, Oliver, Jackson, Robby Ray and Rico.

Or avoid family interaction all together.

Disney is really kicking "nostalgia" into overdrive. I literally ruined my Memorial Day weekend by watching every single Disney Channel Original Movie ever made.

Then, they announced there would be a "That's So Raven"  sequel.

Man, Miley Cyrus and Hannah Montana. Multiple personalities have never been so endearing! Meanwhile, I can hardly deal with one life, let alone a double life.