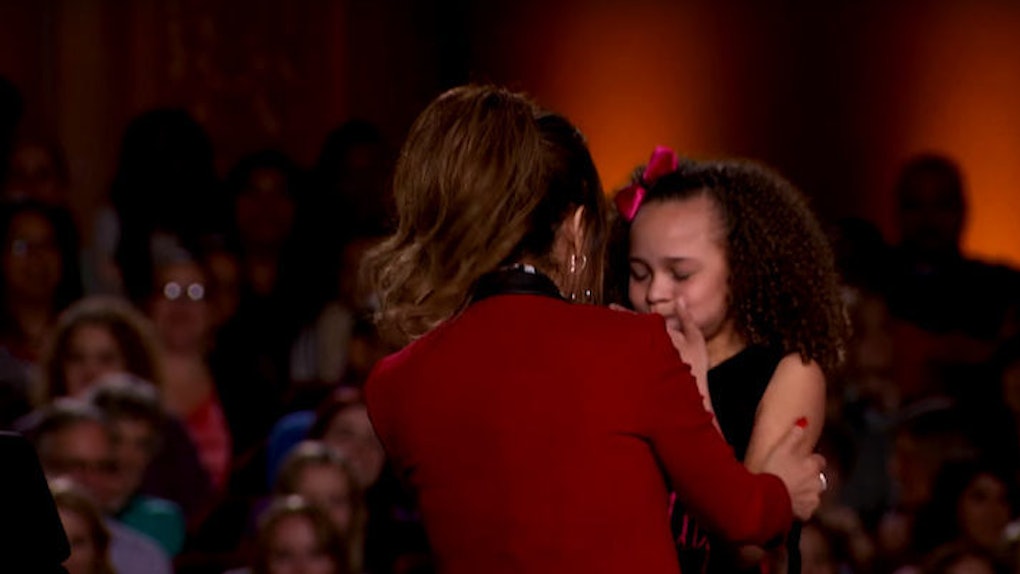 Tahani learned the hard way that doing backflips to a Beyoncé track before getting squeezed by Paula Abdul will make you puke.

On Monday's episode of "So You Think You Can Dance," the 12-year-old dancer knocked it out of the park with her performance to Beyoncé's "Countdown." After twirling and flipping her heart out, she ended her routine to the sound of applause and a unanimous decision from the judges to have her move on to the next round.

After hugging judges Jason Derulo and Nigel Lythgoe, Tahani embraced Paula Abdul -- only, they might have been a little too excited. With Tahani's face looking like a real-life blushing emoji, Abdul asked, "Are you OK?" That's when Tahani barfed all over the poor pop star's jacket.

Luckily, it looked more watery than chunky and everyone left the stage on a chipper note. In an interview after the performance, Tahani didn't seem the least bit fazed by the incident. As she explained,

I hugged Nigel, and I hugged Paula. And she just squeezed me too tight. And all the happiness came out on her jacket.

You can watch the hilarious accident go down in the clip above.

Citations: Girl vomits on Paula Abdul after dancing to Beyoncé on So You Think You Can Dance (Entertainment Weekly)