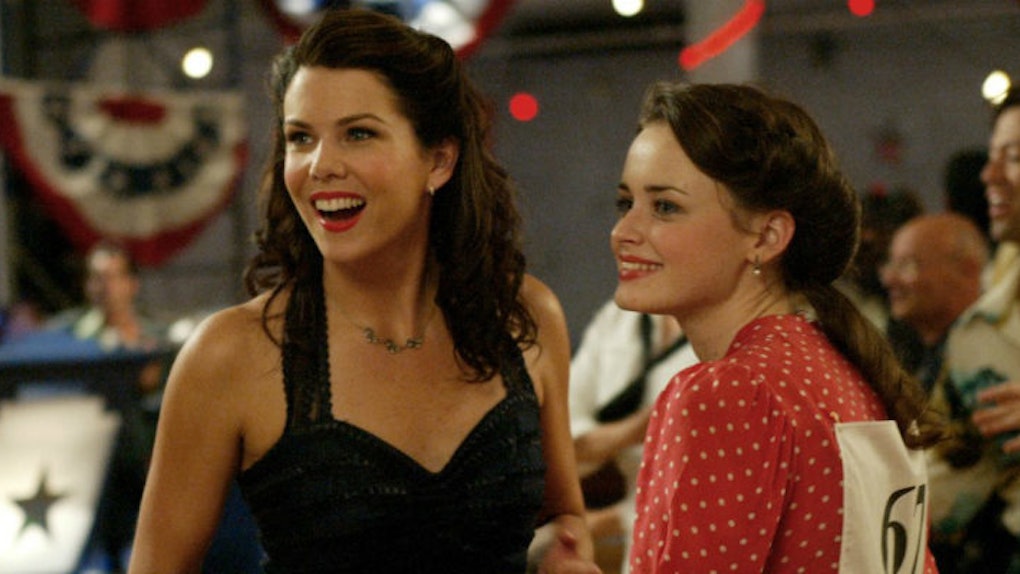 Why 'The Gilmore Girls' Revival Will Open With Winter

Fans of the "Gilmore Girls" are  eagerly awaiting the revival to finally hit Netflix in November, and we can't help but get excited over all the little tidbits the cast is dropping.

If you're nervous that Rory and Lorelai Gilmore won't have the same je ne sais quoi as they did in the original show, feast your eyes on the first page of the script.

"Gilmore Girls: A Year  in the Life" is set to have four episodes, all named after the seasons. Now, we know that our first episode will take place in "Winter."

The stars, Alexis Bledel and Lauren Graham, have their own theories as to why creator Amy Sherman-Palladino picked winter to be first.

Maybe because the holidays… The holidays are a good time to pick up with this family story because families usually come together around that time.

But Graham believes it is a nod to Carole King, who performed the theme song "Where You Lead" and will reprise her role as Sophia Bloom on Netflix.

I always assumed that it was 'You've Got a Friend:' Winter, Spring, Summer, and Fall. And I always assumed they were going to ask her to use that song. I don't know if that's true. That's just what I figured, given that she did our theme song and is a part of the show.

Winter in Stars Hollow is so magical.

Do you use that same title sequence from 15 years ago? Do you use part of it? Do you put music at the end? When do you do the credits? It can't be the same. To me, part of the nostalgia of the show is that opening, so… I don't know what they're going to do.

We'll find out on November 25 when "Gilmore Girls: A Year in the Life" premieres on Netflix.

Citations: Gilmore Girls: Why the reboot kicks off with 'Winter' (Entertainment Tonight)