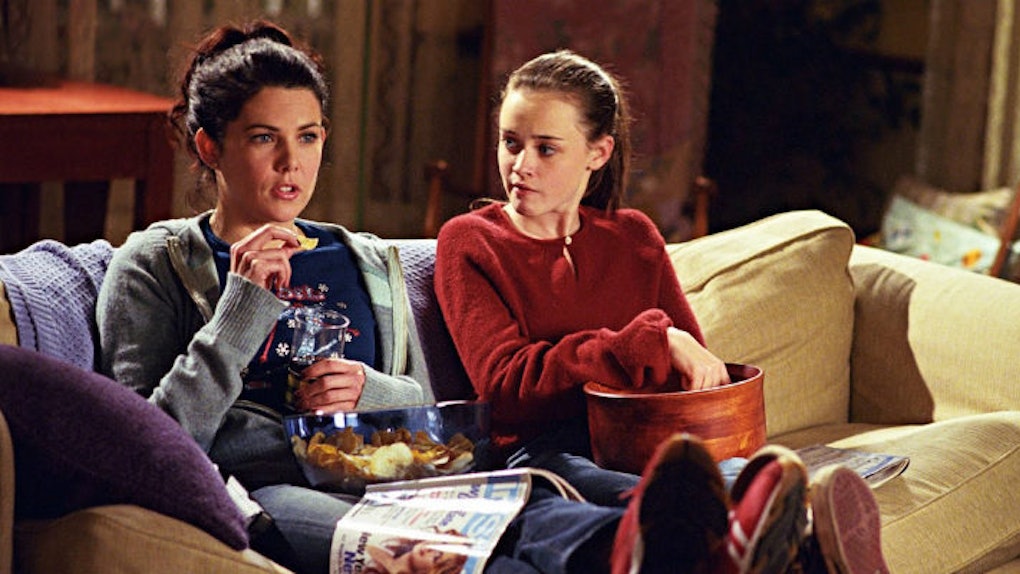 The Friday after Thanksgiving in my hometown usually boasts the same thing.

All my high school chums stand under heat lamps at the local tiki bar (why does this exists in an upstate New York town that boasts only a Burger King and a single gas station? I will never know, but I suspect Stars Hollow would also have something so out of place).

But this year was different -- I had a date. Unfortunately, it was with my mom. Ugh, prom all over again, am I right?

Shoutout to Netflix for hookin' yo girl up with this swag.

"Gilmore Girls: A Year In The Life" came out on Black Friday, which is perfect since a lot of us would be home with our mommas after the holiday to binge-watch the mother/daughter show.

Already, I was met with the steely cold gaze of the Gilmore Girls who urged me to live more, laugh more and talk more.

Armed with Pop Tart biscotti, a mug that said "Luke's" on the side and was filled to the brim with steamy coffee (duh), Red Vines and a cozy blanket, we were ready to begin our binge-watch.

But first, to brush up on our knowledge, we played the included "Gilmore Girls" trivia game. Before the rapid fire questions started, I asked Kathy Schreibz how much she remembered about the show.

After a fierce round, in which I got every question correct and my mom had a resounding zero points, she asked if she ever actually watched the show. I assured her that I absolutely had it on while she was making us dinner.

At this point, I was starting to rethink my date. Maybe "Date Night With Mom" meant me and my daughter Zelda...

But you can't just disinvite someone from a date, right? So my mom sat down to watch the first episode "Winter" with me.

However, if you do anything with my mom, then you'll know that she always brings a plus one -- my dad.

They've been together for over 40 years and do everything together. After I promised my dad we'd only watch the first episode "Winter," he sat with us.

I lit the provided "binge candle," which would burn the entire four episodes, smelled like the different seasons and was wrapped in a page ripped from the "Stars Hollow Gazette," and hit play on the first episode.

Despite having to answer "Who's that, Hope?" every time a new character or ex boyfriend entered the scene, my dad got super into it.

There's something about a fast-talking, pop culture-obsessed family that just ropes the man right in.

After watching all the episodes, crying during "Fall" and eating all of my Red Vines, he had one complaint.

That's not a Crescent Wrench™ though.