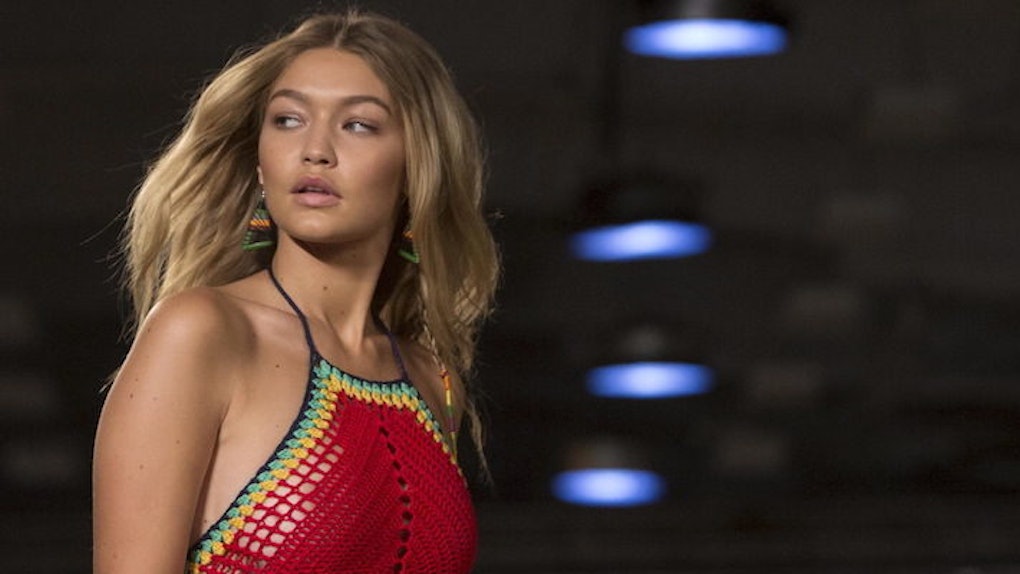 DON'T YOU TALK ABOUT GIGI HADID'S WALK, YOU ABSOLUTE VULTURES.

When one fashion fan lashed out at the Victoria's Secret model on Twitter, Geeg was having none of it and promptly defended herself.

The scuffle started when Gigi shared a photo of boyfriend Zayn, captioning it simply, "I mean....."

One user reportedly replied to the photo with the following now-deleted tweet:

Practise how to walk properly instead of having a new bf every 2 weeks.

Uh, JEEZ. Not one to sit through a double dose of condescending criticism attacking both her career and her personal life, Gigi spoke up.

Yes. Yes. Yes. We all share our opinions on public figures so freely, so it can be difficult to remember the celeb in question is, in this case, a living, breathing, thinking, feeling 20-year-old woman.

In response, the critic decided she couldn't care less what Gigi and her followers had to say.

Celebrity judging can feel like an innocuous national pastime, but there are real (and admittedly rich, glamorous, successful) people reading these comments.

The line between a good-natured jab and a blatant attack can become blurry when talking about famous folk.

Let's do our best to keep it light, fun and not shame our fellow ladies for their sexual choices and professional successes.