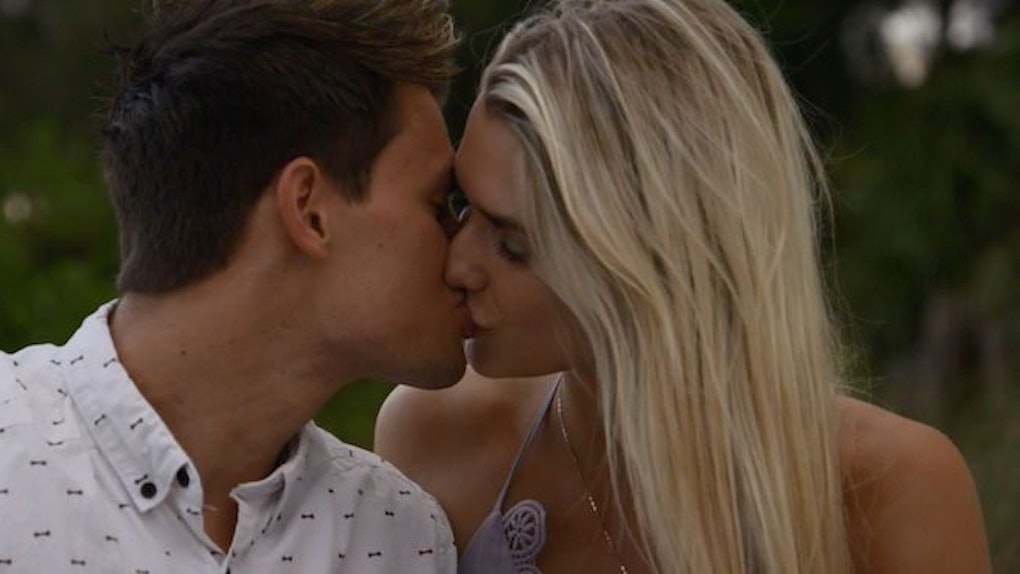 Does Kelsey Cheat On Garrett? 'Siesta Key' Season Will Get So, So Dramatic

Siesta Key is MTV's newest reality series and basically a Laguna Beach 2.0. If you've been watching the show every Monday night, you're probably already sucked into the drama. It's been an intense season already, but don't worry, there's plenty more to come. Elite Daily had the chance to speak with some of the cast members on the 2017 VMAs red carpet and learn what fans can expect from the upcoming episodes. Specifically, it sounds like things might be rocky between Garrett and Kelsey. Yikes! Does Garrett cheat on Kelsey? Does Kelsey cheat on Garrett? SOMEONE FILL ME IN ALREADY.

For those of you not following the show and needing a catch-me-up, Juliette from Siesta Key is here to give the 411 on what the show is about:

As a group, we're all a little diverse, but we're all friends who live in Siesta Key on the west coast of Florida ... we're all at this age where we're in our early 20s trying to figure out who we are and going through the trials of love and finding jobs and all these relationships that we go through in life.

Got it, got it, got it. According to Juliette, the next episode is going to be very dramatic because "Kelsey and Garrett are rough right now." Yikes!

Elite Daily spoke with Garrett, too, and he shared the lowdown on what fans can expect from the show's next episode:

I'm in a relationship on the show, so people following are gonna see things might not go as planned, so they're gonna have to tune in on this Monday's next episode.

Hmmm, what might not go as planned, Garrett? When asked if the couple will encounter problems like cheating, Brandon popped his head in to say,

Oh, no! Cheating? But who could be cheating on who? If you've been following along, you know Garrett is legit obsessed with Kelsey. Remember when he gave her 365 handwritten love notes for their six-month anniversary? LMAO, yeah, it was extra.

But does Kelsey feel the same? There seems to be a little hesitation on her end. I guess fans will have to stay tuned to find out what goes down, but things aren't looking good.

In terms of what the cast is like IRL, Juliette says they do their best to be mature about their relationships:

Well, we are still friends, we're mature ... we try to keep it civil ... we see each other all the time and we try to be there for each other, just sometimes things go a little less than planned, a little bumpy.

YOU MEAN LIKE WHEN KELSEY CHEATS ON GARRETT? Sorry, sorry, that's not fair for me to assume.

In terms of how much of the show is real, the cast members assure me Siesta Key is very much their real lives:

It's not scripted, but we gotta make great TV ... we might have to say something again so it's clear to viewers how we feel, making sure the storyline goes well... overall its good though, it's fun, a great experience ... at the end of the day, we got to go to the VMAs, which is crazy.

That is pretty crazy. Good luck handling all the drama, you kids!