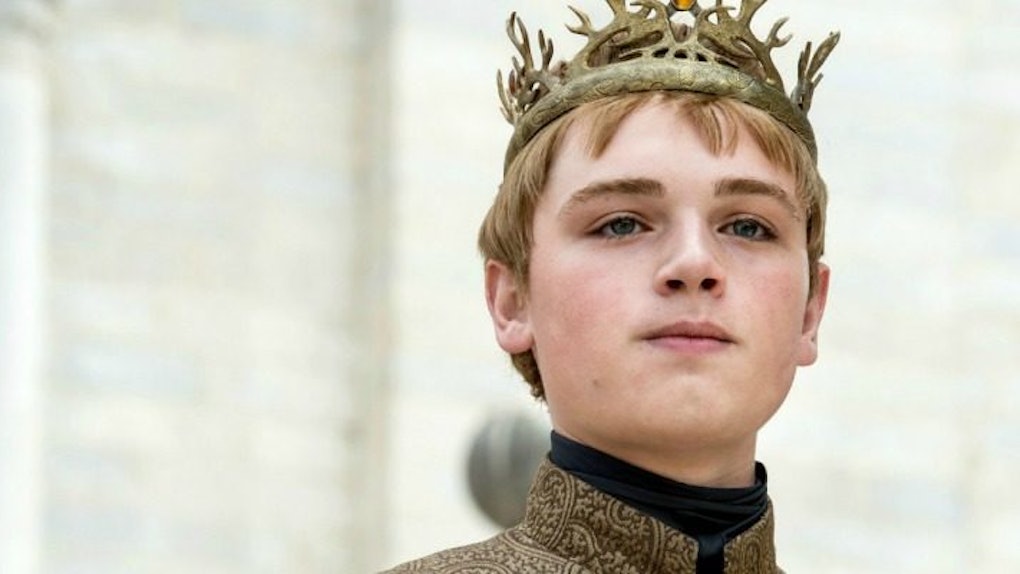 As if all the twists, turns and fan theories weren't enough, "Game of Thrones" just provided us with a whole different kind of head-scratcher to try and wrap our minds around.

Thanks to Hello Giggles, we now realize actor Dean-Charles Chapman doesn't just play King Tommen Baratheon, first of his name, but also Martyn Lannister from back in season three.

Martyn Lannister, as I'm sure you'll recall, was captured by House Tully and eventually murdered, along with his brother Willem, at the hands of Rickard Karstark.

This act is what prompted Robb Stark to cut off Rickard Karstark's head, which led to the Karstarks pledging their support to House Bolton. So, Dean-Charles Chapman, through his actions and the actions of others, has really been pulling the strings on "Game of Thrones" for quite some time.

According to reports, this fascinating little tidbit becomes even more interesting when you connect the Lannister family tree roots and realize Martyn Lannister was Lancel Lannister's brother.

The internet is a wonderful place, but it's definitely dark and full of terrors. We see you, HBO.

Citations: This 'Game Of Thrones' Actor Played Two Lannisters & No One Noticed (Bustle)