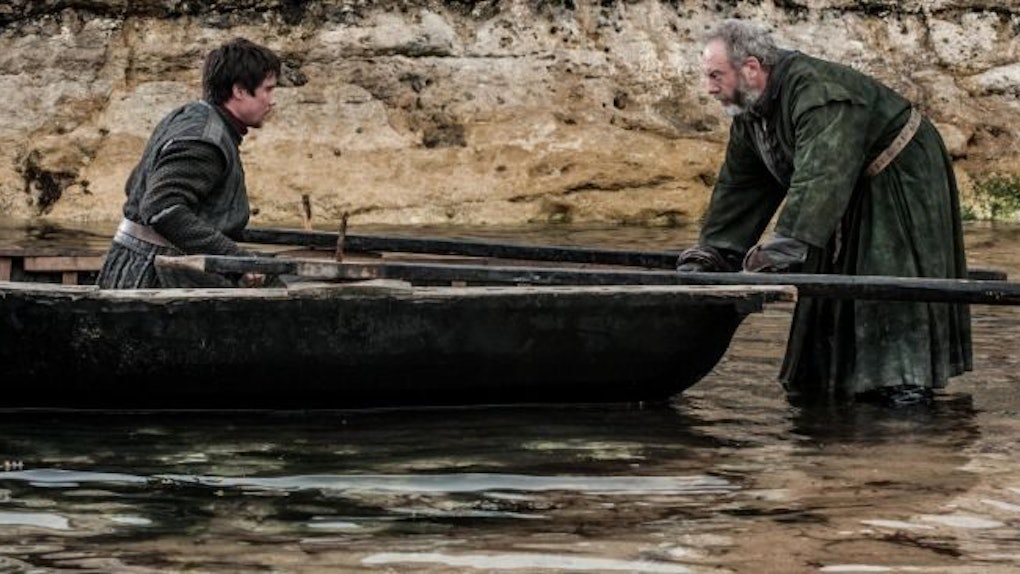 We're almost halfway through Season 7 of Game of Thrones, and Gendry has yet to row his way back into our hearts. While his reappearance in Season 7 has been long rumored, and then supported by actor Joe Dempsie's appearance at the Season 7 premiere, we don't know how (or why) our favorite Baratheon bastard is meant to be reappearing. Well, a new theory has answered at least one of those questions.

The theory goes that Gendry will reappear to teach Jon Snow and his allies how to forge weapons to kill the White Walkers.

The theory, collected by The Telegraph, makes so much sense. In Episode 3 of Season 7, Jon Snow was given permission by Daenerys Targaryen to mine Dragonstone for dragonglass, one of the few substances known to kill the White Walkers. The other, of course, is Valyrian steel.

The problem with both of these materials? They're not something that can easily be weaponized: dragonglass seems to be obsidian more or less, which is a rock and can't be forged. And the recipe for Valyrian steel has been lost, with no one knowing how to make it.

If you remember allllll the way back in Season 1, Gendry was training to be a blacksmith (and he was pretty darn good at it).

Apprenticed to the master blacksmith Tohbo Mott, he had already made a bull-shaped helmet fine enough that Ned Stark wanted to buy it. So, fans wondered, could Mott have taught his apprentice how to make Valyrian steel? Or better yet, work dragonglass into it?

Interestingly, series author George R.R. Martin hasn't shot this one down. Way back in 2002, a fan asked him if Gendry had learned how to rework Valyrian steel. “Interesting question,” Martin said, before moving on.

Now, with the news that Gendry is likely returning this season, rumor-hungry fans are now seizing on it.

Some folks had... other theories.

Seriously though, three and a half seasons is an awful long time.

Where are you, Gendry?

Just row back to us. I miss you.