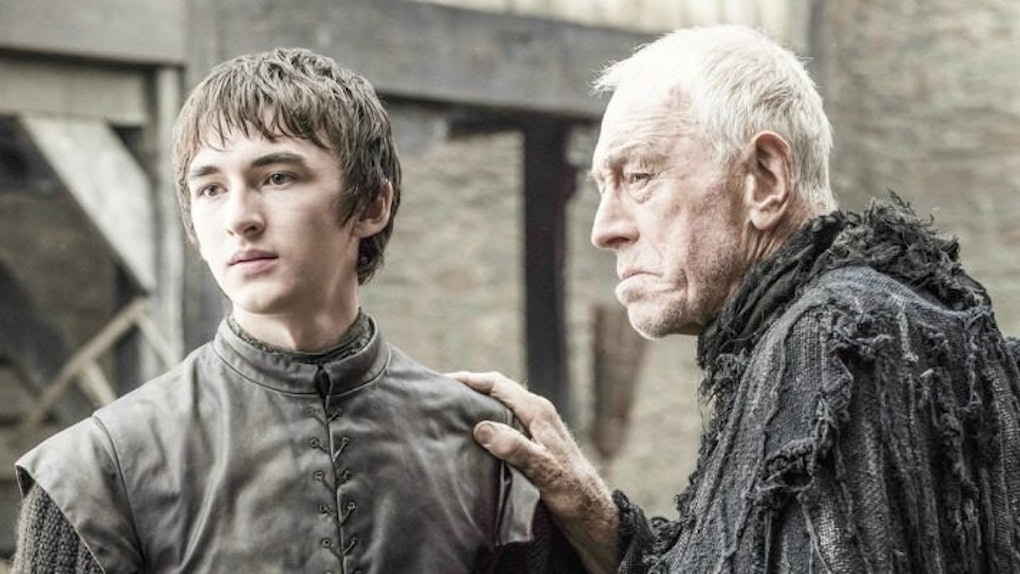 Following the conclusion of season six, episode three of "Game of Thrones," there's a fresh fan theory going around that has everyone more freaked out than the impending arrival of the White Walkers.

Though we're only three episodes into this season of "GoT," we already know the flashbacks Brandon Stark takes with the Three-Eyed Raven are going to be a regularity.

Sunday night, the pair was at it again, this time being transported to the fight between a young Ned Stark and Ser Arthur Dayne at the Tower of Joy.

During that scene, Bran screams out "father," and a confused Ned Stark turns around, clearly intimating he hears something. Despite the Three-Eyed Raven's claim Bran can't change the past, it's looking more and more plausible with each flashback that he can.

The "GoT" fan wrote,

From S6E3, Bran realizes that others can hear him during the visions from the past, but doesn't understand that they cannot fully understand him. He attempts to reason with King Aerys when shown a vision of him. The King only hears whispers, and is driven mad by it. Bran tries to fix this, however, makes it worse. Mad King Aerys burns Bran's grandfather alive while Bran frantically tries to stop him. All he hears is whispers. Bran sets the events of the show in motion.

Taking that idea a step further, there were those on Reddit who pointed out not only does Bran set events in motion that seemingly already happened, but he also set the entire show in motion by inadvertently discovering Cersei and Jaime Lannister having sex.

That original theory also paved the way for another bombshell hypothesis: The Three-Eyed Raven is a much older version of Bran Stark.

Is anyone else's mind blown? What do you make of Bran Stark's real role in this story?

Citations: This 'Game of Thrones' fan theory about Bran is so wild it could work (Mashable)