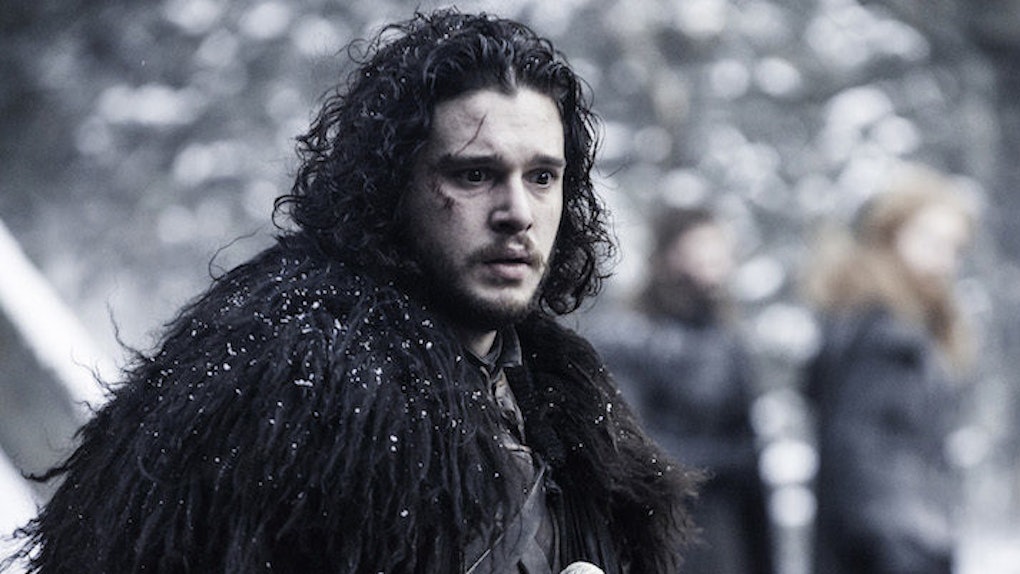 Fans of HBO's “Game Of Thrones” are dedicated.

But none are quite as dedicated as British artist Simon Beck, who spent an incredible 13 hours creating a gargantuan homage to Jon Snow — in the actual snow.

Using no other tools than his own body, the “snow artist” trudged 20 miles through deep powder in the French Alps to carve out his masterpiece, a two-football-field-long display featuring the sigil of Jon Snow's House Stark, the head of a dire wolf and the words, “Winter is coming.”

Despite the incredible detail, Beck, who took a whopping 64,800 steps to create the tribute, used only a compass to guide him through the winter wasteland.

In a clip filmed by Sky Atlantic — which documented the entire process from start to finish — Beck explains,

The first thing you've got to work out is which way round you're going to turn the drawing and where to start it so you don't run off the edge of it. The second stage is measuring a skeleton of accurately plotted lines that go through the drawing, and once you've got enough points measured out you can then do a 'join up the dots' process.

Somehow, I think creating an illustration the size of two football fields is a bit more complicated than “connect the dots,” but, you know, whatever.

Watch a clip of the painstaking process up top and see more of Beck's incredible work here.