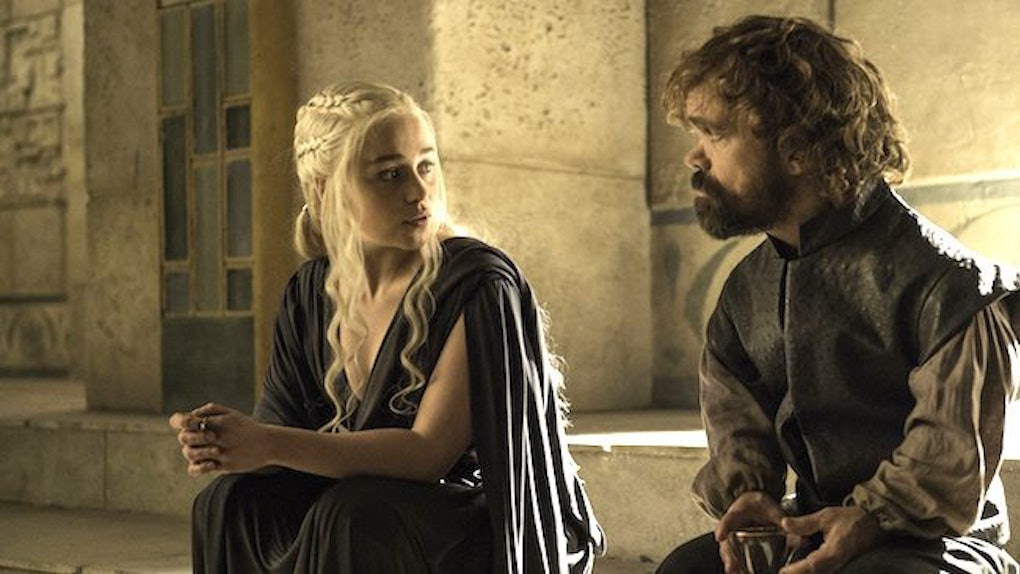 Hey, Game of Thrones fans, I'm here with some very ~unsurprising news~ for you. Don't get excited, it has nothing to do with Season 7 finale spoilers or Easter eggs; this news is about the actors who play our fave fantasy characters. Indeed, it looks like the cast of Game of Thrones is on track to become some of the highest paid actors in television history. It is rumored that the Game of Thrones Season 8 contracts call for each of the top five stars of the show to make £2 million per episode (which is roughly $2.5 million), making them the highest paid ensemble in television history.

If you're anything like me, you couldn't care less about what they get paid; but, the part that does catch my attention is that the contracts, if legit, confirm all five major players will be sticking around through the show's final season. That's right if these contracts are more than just rumored, then Peter Dinklage, Kit Harington, Lena Headey, Emilia Clarke, and Nikolaj Coster-Waldau will all return for what will surely be the show's most thrilling and entertaining season ever.

Of course, this is GoT, so just because they signed contracts doesn't mean they're safe from whatever the writers have cooked up for the rest of Season 7, but at least we know they'll appear in some way, shape, or form in the final season.

Luckily for HBO, Thrones is one of the most popular shows on television right now, so its revenue helps to offset the gargantuan production costs and the actors' monumental paychecks; and, TBH, the show is smart to keep these actors around for as long as possible because their characters are some of the main reasons we stan the show so hard.

That being said, who knows what the hell could happen in Season 8. Since it's the final season, all bets are off and, knowing how the writers love to f*ck with us, I'm sure we'll be in for some serious "HOLY F*CKING SH*T" moments.