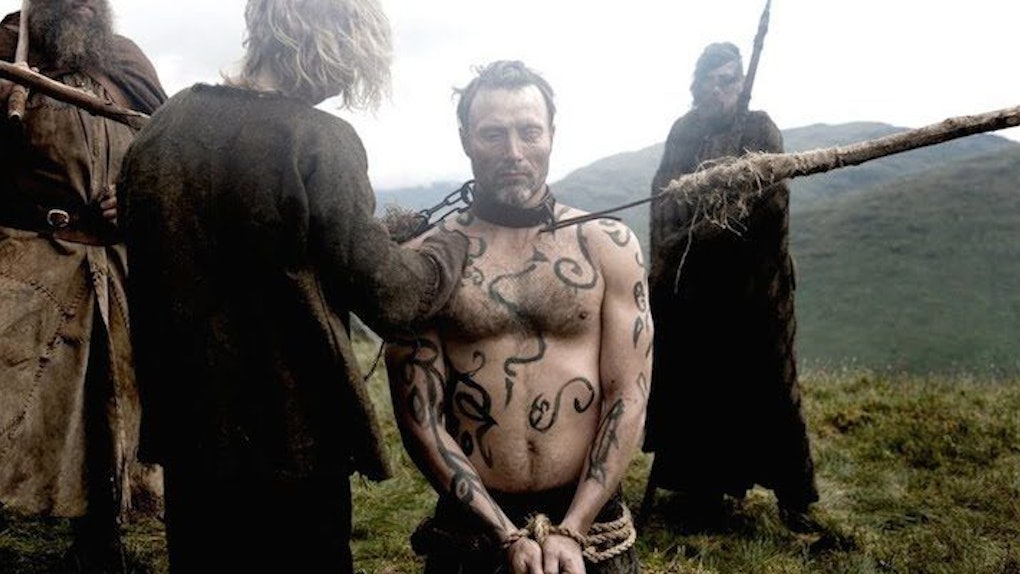 Filling the void once your favorite show ends can be agonizing -- especially if that show is "Game of Thrones," which treats its viewers with the care and delicacy of a mime telling you your dog is dead.

Usually, when I get "GoT" cravings I just watch old episodes, but that almost stakes the fires of anticipation even more. So I started looking around for stuff on Netflix that would give me my fix.

Here are five things to watch on Netflix that will help you with "Game of Thrones" withdrawal. I included something for everyone.

IMDB Synopsis: Set during the time of the first outbreak of bubonic plague in England, a young monk is given the task of learning the truth about reports of people being brought back to life in a small village.

OK, not sure why you'd be reading this article if you didn't know this already, but *SPOILER ALERT* Sean Bean's character in "Game of Thrones" gets his rustic noggin chopped off at the end of season one. He was the first in a long list of beloved characters George RR Martin insisted on brutally murdering.

And anyone who wouldn't be sorted into Slytherin is bummed as shit he's not on the show anymore (fun fact: Sean Bean has died in nearly 25 movies). So here, I found you a movie that isn't "Lord of the Rings" where Sean Bean doesn't wash his hair and carries a sword with his man hands.

This is top of the list for a reason. It's a dark, gritty, super grounded medieval tale about the cruelty and ignorance of man with vaguely magical-horror seasoning sprinkled onto it. What's that sound like to you?

If you can't stand waiting until next season, this will help. Think of it like a Power Bar I'm giving you while you wait for a big meal. But, like, a very dope Power Bar.

IMDB Synopsis: One Eye, a mute warrior of supernatural strength, has been held prisoner by the Norse chieftain Barde. Aided by Are, a boy slave, One Eye slays his captor and together he and Are escape, beginning a journey into the heart of darkness.

This movie was made by the director of "Drive" and is, likewise, about a ripped, cool dude who says six words the whole movie and ruthlessly murders everyone, but is pretty nice to kids.

Still, in my opinion, this movie is pretty remarkable. For a movie with so little dialog in it, it's not boring for a second. It expertly sustains tension and all the violence feels motivated -- and when it veers into gratuitous violence it feels less like the movie is taking pleasure in it, but trying to make you find violence repulsive, which is a thing we should feel watching most movies, but don't.

There are absolutely some "GoT" undertones going on here. Like a lot of the movies on this list, this movie is about a cruel, despicable world, where power and brutality are man's most propulsive characteristics. Plus, "Game of Thrones" is basically all just one long riff on Viking lore, and this movie is about Vikings -- so you definitely get a similar vibe.

This movie is gorgeously shot, scary, exciting and ruthless -- all the things a good "GoT" fan wants. Also, it stars the guy from "Hannibal" -- who pulls off a man bun like it's nobody's business.

IMDB synopsis: Six years after Earth has suffered an alien invasion a cynical journalist agrees to escort a shaken American tourist through an infected zone in Mexico to the safety of the US border.

Now, if you haven't seen "Monsters" yet, it might seem like a slightly weird pick for this list of movies you should watch to slake your "Game of Thrones" cravings, but bear with me.

At its heart, one of the most interesting things about "Game of Thrones" is how the show and books blend the real world with the fantastical world. I mean, there are literally zombies and dragons in "Game of Thrones" -- but no one would classify it as being beholden to the tropes of either of those genres.

That's because "Games of Thrones" is all about creating the most realistic, gritty world possible -- that just so happens to have dragons in it. I mean you don't even see a single dragon until the end of the second season.

I think "Monsters" has a similar quality. Sure, it has big crazy aliens things in it, but, interestingly, they kind of just provide the landscape to the film. This is a world where creatures as large as mountains stalk the horizons. But the film preoccupies itself with just one particular, arguably inconsequential, story within that world.

Another big similarity is the aliens in this movie invaded earth six years ago -- the big, fantastical events have already happened when the movie starts, and the characters are forced to live in a world that constantly feels that presence. Just how at the start of "Game of Thrones," all the supernatural elements in the show (White Walker invasion, dragons) occurred very long ago, and are just now starting to resurface.

IMDB Synopsis: When his secret bride is executed for assaulting an English soldier who tried to rape her, William Wallace begins a revolt against King Edward I of England.

And once upon a time, that man made a movie called "Braveheart." Now, if you haven't seen "Braveheart," first of all, shame on you. You would not have been my friend at all in sixth grade. Second of all, you're missing out on one of the greatest blockbuster, fake-historical American-patriotism allegories ever put to film.

I've included it on this list because it has some seriously badass, realistic sword battles between clean English nerds (Lannisters) and bearded, honorable Scottish rebels (Starks), which -- for those of you who watch "Game of Thrones" for the periodic fight scenes, rather than the complicated political machinations and "character arcs" -- will tide you over until the next episode comes out.

Warning: This movie is going to make you want to get all your friends together and charge at stuff.

IMDB synopsis: After his hometown is destroyed and his mother is killed, young Eren Jaegar vows to cleanse the earth of the giant humanoid Titans that have brought humanity to the brink of extinction.

Yes, this is an anime. And yes, some people think anime is goofy. But, seriously, if you are the type of person who can get over the fact that you are watching a Japanese cartoon where characters yell and/or shiver 25 percent of the time, this is some truly incredible stuff -- and super perfect for a "Game of Thrones" fan.

I mean, come on, it's literally about a civilization that lives behind building-sized walls to keep out supernatural creatures whose only purpose is to kill them. And the main characters are part of a group whose only job is to sacrifice themselves to stop this from happening.

This show is basically about the Night's Watch if they had to kill evil, creepy, naked, humanoid giants who ate all their moms.

Aside from a lot of plot parallels, this show is pretty much the only show that matches "GoT's" ruthlessness with its characters. Anyone can, and does, die at any moment. Everyone is in a state of constant terror and doing everything they can to survive.

Also, it's just really badass. But I'm serious, like "Game of Thrones" it's genuinely really disturbing in parts. So prepare yourself. I wasn't kidding: A lot of moms get eaten.