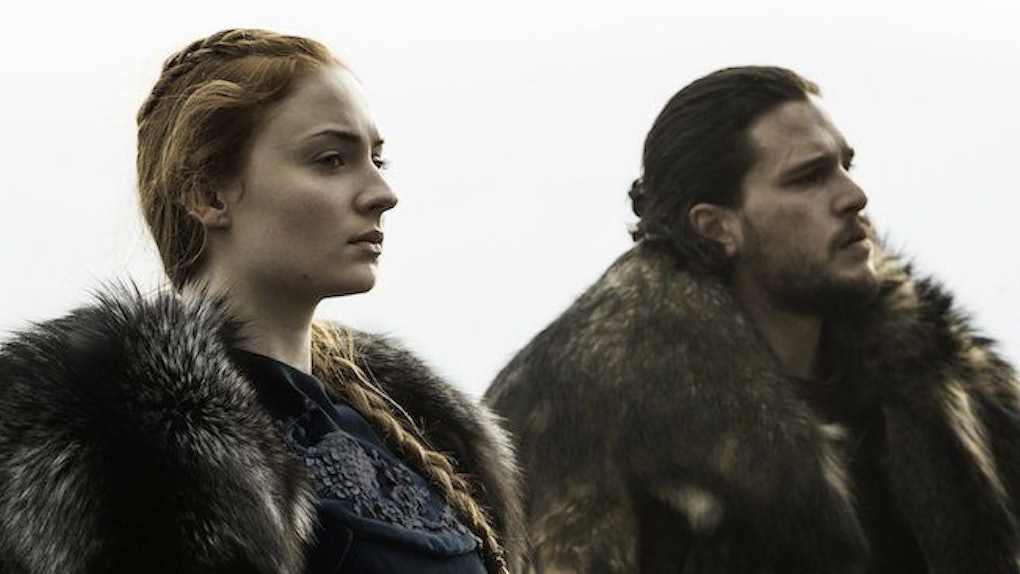 What Did The Letter Jon Snow Wrote Sansa In The 'Game Of Thrones' Finale Say? We Have An Official Answer

Warning: This post contains spoilers for Game of Thrones Season 7, Episode 7. If you thought the Game of Thrones Season 7 finale meant you would finally stop hearing about Game of Thrones, you could not have been more wrong, my friend. There's still so much more to discuss! Is Tormund still alive? Will Dany get pregnant with an incest child? What exactly did the letter Jon Snow sent to Sansa say?

Well, we at least know the answer to that last question, thanks the official Game of Thrones Twitter doing us fans a solid. On Tuesday the official account tweeted out a photo of the scroll Jon wrote to Sansa in "The Dragon and the Wolf," as a post on the Making of Game of Thrones blog. (The post also included images of another important prop from the series — the book that Gilly read aloud to Sam.) The contents of Jon's letter to Sansa are very interesting indeed.

The complete transcript of that letter reads,

Sansa, Cersei Lannister has pledged her forces to our cause, as has Daenerys Targaryen. And if we survive this war, I have pledged our forces to Daenerys at the rightful Queen of the Seven Kingdoms. We are both coming to organise the defence of the realm. Jon Snow. Warden of the North.

Though this note may not seem like much on first glance, it gives a few hints about how Jon and Sansa's relationship will develop in Season 8. First, Jon apparently felt no need to discuss his decision to swear allegiance to Daenerys Targaryen with Sansa or anyone else for that matter. Meanwhile, Sansa has been trying have Jon's back and defend him while his people in Winterfell grew restless. There's no way the people of the North will be happy about swearing allegiance to the South, and it seems like Sansa will be upset Jon did this without discussing with her.

Second, Jon signs his note as "Warden of the North," not "King of the North," indicating his intention to go by this new title (again, without discussing this with Sansa/anyone). I think it's safe to say there's going to be some sibling tension among the Stark family next season.

Oh, Jon. You're so bad at so many things. At least you're cute.