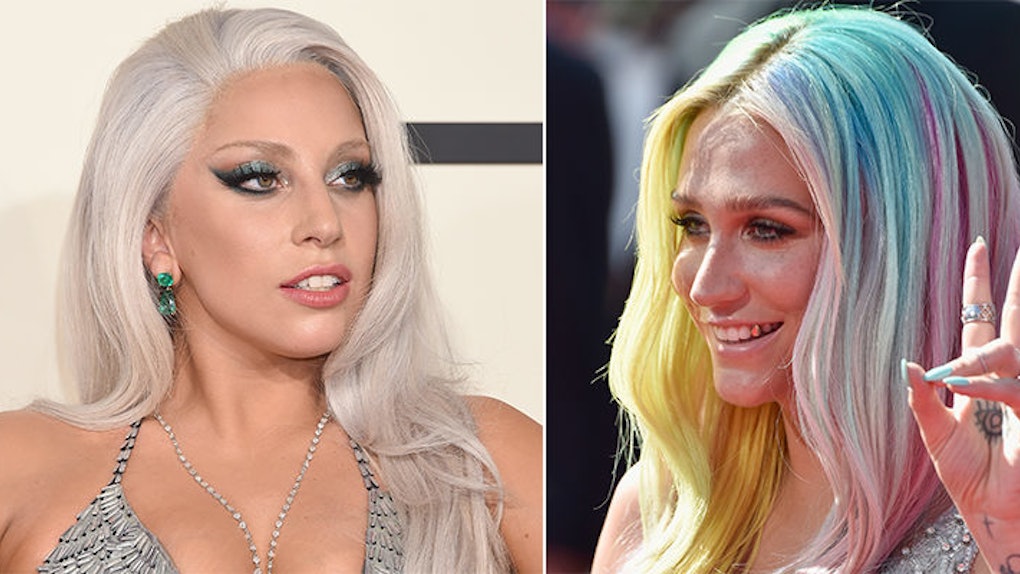 Lady Gaga Posted The Cutest Video With Kesha On Snapchat

While other pop stars fight online over who supports Kesha the most, Lady Gaga is showing her fellow performer solidarity and affection with actions, not tweets.

The pair posed for a snuggly photo together, and Gaga shared it with followers.

In the tweet, the Golden Globe winner demanded Sony “Free Kesha” from her contract with the record label and alleged abusive producer Dr. Luke.

Gaga also posted a video of the singers cuddling on Snapchat.

The “Til It Happens To You” singer is championing her pal after a judge denied Kesha's request last week to be released from a contract requiring her to make six more records with Dr. Luke for Sony.

Gaga, having faced her own struggle with sexual abuse, is, unsurprisingly, the best friend a pop star in need could ever hope to have.