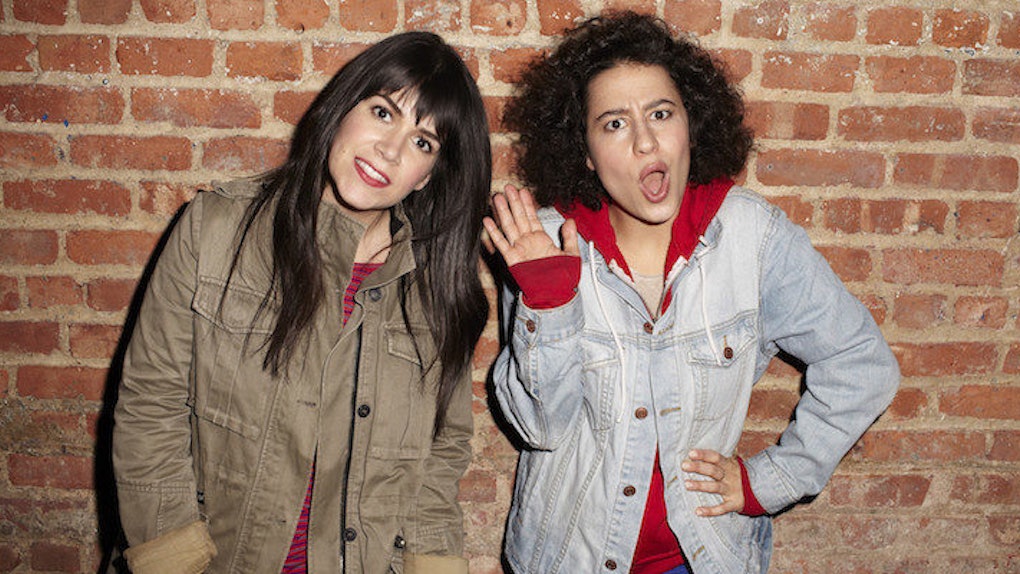 9 Funny Ladies Making Their Way To The Forefront Of Comedy

As someone who aspires to be in comedy and is, well, a woman, I feel like it’s important to know about individuals who are making names for themselves in the industry.

We all know Tina Fey, Amy Poehler, Kristen Wiig, Sarah Silverman, Jenny Slate and other gals who have made it big by being smart, funny women.

But, there are so many women out there who are fighting the good fight, who don’t have Lorne Michaels behind them and who are still working toward recognition in the funny-people world.

These are five of my personal favorite funny girls, who I think everyone should explore tonight while they fall into an Internet hole while eating popcorn and drinking alone. Oh, is that just me? It might just be me. CHEERS.

Grace Helbig initially burst onto the scene in 2008 when she became DailyGrace on My Damn Channel.

Two million-plus subscribers, collabs galore and a following that is a-typical for a girl talking to her camera in an almost stream-of-consciousness format later, Grace left My Damn Channel and launched her own privately-run channel, it’sGrace, in 2014.

Cut to now, Helbig has a crazy-awesome travel show with one of her besties, a New York Times best-selling book and, recently, she announced she'll be hosting a her own show on E! called, "The Grace Helbig Show," premiering April 3.

This comedienne has made not only one of the most successful transitions from Internet/digital content to traditional media, but she's also a genuinely a funny and adorable human being.

Her relatability comes through in the fact that she’s not afraid to talk about her embarrassing moments while jogging or in business meetings, but also knows how to give some advice here and there.

Her sense of humor and overall sense of self is completely charming and evident in all of her content and projects of which she chooses to be a part.

We can all learn a lot from Grace Helbig. We can learn how to market ourselves, how to stay true to ourselves while committing to a “brand” and how to make corn muffins with candy corn in them (which is a marketable skill).

If you haven’t gotten day drunk and watched either “War Paint” or “Freezing Hot” on Netflix, I’m not sure what you’re doing with your life.

Before we go over her credentials, let’s all just take a second to acknowledge a fact: Iliza Shlesinger is effing hilarious. All of her comedy is based and centered on topics we all know to be true to our lives.

We have all been at a girls' night when some chick who’s name is Amanda insisted on ordering some stupid gluten-free appetizer for the table, and even though you didn’t take a bite (or a bite of a bite), you ended up with a percentage of it on your bill. Iliza knows what’s up.

Iliza is, Netflix specials aside, best known for being the 2008 winner of Last Comic Standing. She has proved through her type of material — and by just being herself — that it’s possible to be funny as hell and taken seriously while also being an attractive human.

F*ck, she makes fun of herself for being hot! Iliza for president, yes? Yes.

Gaby is universally recognized for being more of a writer, but do not limit this hair-color-changing-vixen to one specialty.

With ebooks, years worth of Internet writing and now a growing (and admitted John Green fave) YouTube channel in her pocket, Gaby Dunn is a force with which to be reckoned. She’s unapologetic about herself, her confidence and her feelings on pretty much any topic thrown her way.

Toss aside her crazily hilarious/honest website and her BuzzFeed moments, and Gaby is one of those people you just want to buy a beer for.

If you are a comedy hipster, Gaby is one of those people you should get to know so you can smugly say while you push up your Warby Parker glasses, “Yeah, I totally knew about her before she was famous.”

Because, trust me, she will be famous. Just wait.

Remember when I said we would get to Grace Helbig’s bestie who traveled across the US with her in the summer of 2014? Well, we’re here!

We have to admit Mamrie may be, or absolutely is, the funniest lady online. You go, Mames.

Mamrie Hart is the hilarious, unfiltered, slightly buzzed, but very entertaining host of "You Deserve a Drink" on YouTube. Prior to her Internet and book deal fame, Mamrie was a part of the New York theater scene and the Upright Citizens Brigade.

In between bartending, improv and taking over the Internet with her misfit of a dog, Mamrie has begun to cultivate a real following. By being totally transparent and pun-tastic, Mamrie Hart is one must-watch female comedian.

Her book and 2015 version of the travel show are sure to be full of things you pull out to quote at parties and cautionary tales about what not to do when you have one too many vodka sodas. I, for one, cannot wait.

Hey, Ilana and Abbi. Everyone is obsessed with you right now. That must be cool. But, you know what? You girls have totally earned it.

Ilana Glazer and Abbi Jacobson met while they were both taking classes at UCB. After auditioning and not making it into house improv and sketch teams, the ladies took matters into their own hands with the web series, "Broad City."

They have since gotten and grown into a full-scale Comedy Central series, produced by the one and only Amy Poehler.

Ilana and Abbi have created a world into which the girls can put themselves without judgment, and with much laughter. Topics "Girls" tends to dramatize, "Broad City" laughs at. They take being awkward and uncomfortable and make it effing awesome.

The ladies of "BC" have managed to take situations, issues and unique experiences, which could be labeled as rites of passage of being in your 20s, and make them less embarrassing and more entertaining.

Shelby Fero has 114,000 followers on Twitter and counting. Fero, the totally cute, totally ginger gal is all over the place on social media.

With writing credits for Comedy Central, @midnight and more, Shelby is a gal you have to commend for her hustle. Her stand-up presence is also something of which to take note.

But, Shelby is one of those people who has figured out how to work social media to her advantage and we can all take a lesson from her experience. And, if her comedy is any indication, 90 percent of it is owning yourself. Shelby is a comedienne on the rise, and one we should all be watching.

If you don’t know who Amy Schumer is, you clearly don’t have Twitter, Netflix or TV in general. This babe is not only one of the most lethal gals on the scene these days, but she’s also had a crazily successful show on Comedy Central.

This summer, Schumer also stars in a feature film she wrote called, "Trainwreck," directed by Judd Apatow. She is an absolute force, and enviably unapologetic.

When an ass of a critic had the audacity to call her chubby, Schumer responded by posting a topless photo and a verbal middle finger on Twitter.

Those of us who talk about sex and joke about topic typically consider “unladylike” have Amy to thank for going there and making it acceptable.

Dana Schwartz is one of those people who constantly makes you say, “Why didn’t I think of that?!”

You know the douche in a cowl neck sweater in the back of your creative writing class? Well, this Twitter handle basically quotes every thought this guy has ever had, said to the professor, or made in passing over a late-night Americano.

Dana is one of those people with ideas that are just GOLD. With two (Oh yeah, she’s also the brain behind "Dystopian YA Novel.") amazing parody Twitter accounts and writing on the Internet that will make you almost pee yourself in a coffee shop, it’s safe to say Dana is headed for great things.